What Becomes a Legend Most: The Biography of Richard Avedon 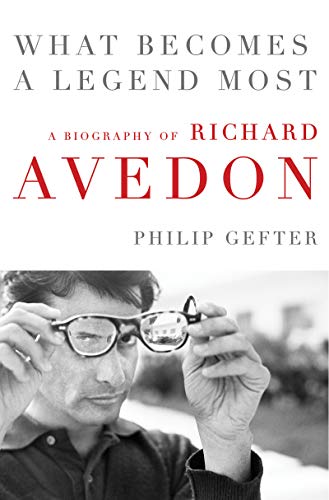 Incontrovertibly Philip Gefter did his homework when it came to writing about the lives, both professional and personal, of Richard Avedon. Gefter goes into overdrive to the point of minutiae overload.

This reader always has a problem with biographies of those who are no longer with us, especially those who achieved great fame during their lifetimes. The issue is always the same: the dead cannot speak or fight back when it comes to extremely personal facts of their lives no matter how well researched the subject may be and how seemingly well documented the moment. The onus of believability and credibility falls upon the reader, who, in most cases, only knows of the person being written about and did not have any personal interaction with them.

With all that said, this reader, who has been to be a major Avedon fan for decades, discovered that behind the genius of this man was a truly tortured soul that stemmed from his childhood and remained with him his entire life. The reader must decide how much or many of his issues were the drivers in what created Richard Avedon the lensman extraordinaire. How much and how many details do we need as readers to be convinced of his brilliance by reading an autopsy of his life? It is interesting to add that Avedon’s business partner and collaborator had also written a biography (Something Personal by Norma Stevens), but that was all based on conversation between the two of them and not snippets of remembrances that might be secondhand, thirdhand, or even further far removed.

Fortunately, this reader was able to ask one of “today’s” most reputable, talented, respected commercial, fashion, and portrait photographers of the 21st century if his work was influenced by Avedon. The reply says it all:

Upon reading What Becomes a Legend Most, this reader was most conflicted by whether or not he was really reading a biography of a great lensman or a psychological study and assessment of what made Avedon tick and what his mental conflicts were. Aside from all the very personal details, there are  only several things that really matter when it came to Avedon’s psyche, and they are that he was tremendously insecure, that he never felt he was taken seriously, and that he desperately wanted his oeuvre to be considered an art form and not just the work of a photographer. The absolute glut of details might be more harmful than beneficial when it comes to enjoying this book.

Gefter’s accounting of Avedon can certainly not be discounted as authoritative, but it might be possible to think to what end it was necessary to expose Avedon in such a way? Did it diminish his talents or possibly enhance them as an artist?