Welcome to Last Chance: A Novel 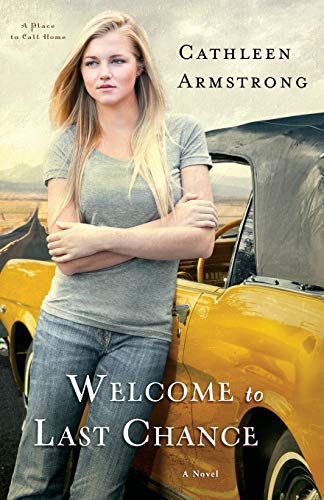 The story is intriguing as it begins with a woman alone on a deserted highway in the middle of the night. Down on her luck and trying to escape from a man who can only lead her to a troubled life, she finds herself as her car breaks down in a tiny backward town known as Last Chance.

Catherine Armstrong paints the venue beautifully, describing New Mexico’s stark beauty with scenes like this: “Long shadows stretched west across gravel and asphalt, and the distant rocks and hills were blue and pink and purple against a vivid turquoise sky.” It’s no wonder she writes about New Mexico with such verve—she grew up there.

Although hesitant to stay, the story’s protagonist, Lainie Davis, finds she has no other options than to make the town of Last Chance her temporary residence. The townspeople befriend her quickly, and she lands a job waitressing at the local diner.

It isn’t long before the bartender at the town’s only bar catches her eye, and a tenuous relationship begins to form. Lainie is uncertain about placing herself in another romantic entanglement since her last one was so toxic. In fact, Lainie went to great lengths to ensure her former boyfriend had no idea where she had gone.

A strong cast of supporting characters, particularly Elizabeth, whose faith plays an important role in her life and eventually in Lainie’s as well, bolsters the story. Lainie’s secret life appears to be safe with her newfound friends, but evil has a way of never giving up.

Readers will enjoy the simplicity of Last Chance and the complexity of Lainie’s character. Turns out that her last chance may be her best as she contemplates her next move.