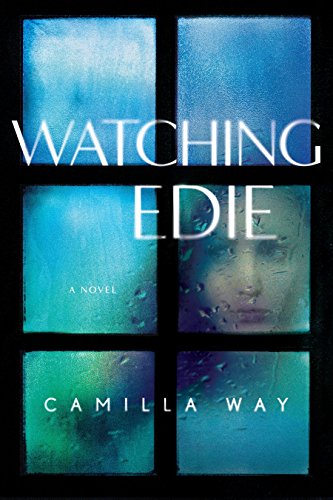 Most everyone has done something in their past that they regret and want to forget. Edie has had somewhat of a roller-coaster life. She felt abandoned at age six when her father left, and tension escalated between her and her mother whom she blamed her mom for his leaving.

When they move to Fremton, England, she meets Heather, an overweight, unpopular classmate who is bullied and rejected. The two hit it off. Maybe it is because Heather also is unhappily dealing with a pious, Bible-thumping dad and a mother who exudes contempt for her after the death of her little sister. Whatever the reason, Heather is elated someone is finally paying attention to her, and she becomes obsessed with Edie.

Though Edie aspires to go to art school, at sixteen, she hooks up with Connor. Edie drags Heather with her when they go to Connor‘s apartment. Edie possesses no principles when it comes to Connor for she is so in love with him she’ll do anything to please him, getting drunk or high and allowing him to abuse her. Heather is afraid for Edie knowing Connor is bad news, so she tries to make her leave him. Deep in her heart, Edie knows Connor is no good, yet she’s addicted, and though she agrees to Heather’s plan to leave him, it backfires and all hell breaks loose. Afterward, Edie goes to live with her Uncle Geoff in London.

Now, years later Heather shows up at Edie’s flat, unannounced and unwelcome. Shocked and seeing her old friend appears homeless and lost, Edie wants nothing to do with her.

Age 33, Edie is working as a waitress and finds herself pregnant. She refuses to tell the father and is ambivalent about being a mother. When she goes into labor and delivers little Maya she is all alone, never believing the pressures of being a single mother would be so hard. She sinks into the abyss of postpartum depression to the point where she cannot take care of herself or her baby.

Heather enters the scene, and in Edie’s weakness, she allows her old chum to take over. Heather moves in and cares for Maya day and night while Edie falls into the oblivion of sleep and despair, not even wanting to deal with her child. After six months, Edie sort of comes out of her fugue state.

She finally tunes into Maya with a real and growing sense of love. One day she gets out of the apartment alone with the baby. Her downstairs neighbor, Monica, who, though cool at first, turns out to be a confidante. And she notices Heather’s fixation with her and Maya, realizing she needs Heather out of her life. But getting rid of Heather is not easy, for after she leaves, Edie’s apartment is broken into and gets phone calls with hang-ups. Is Heather playing mind games and stalking her? In desperation, Edie emails Heather’s mother asking to meet her. What Heather’s mom says scares Edie:

“When did she leave Fremton?” I ask. Jennifer purses her lips. “When she was seventeen.” A year after I did, then.

She sighs. “And then, just over a year ago, there was a phone call. From a hospital.”

“A psychiatric hospital. Somewhere in London. I believe she’d been living in hostels for a time before she was admitted.”

I shake my head. “I don’t understand—"

“Heather had always been a rather . . . highly strung child. I suppose her difficulties because more pronounced after her sister died, and then later, when she…well, after all that dreadful business before she left.”

. . . She says softly but very clearly with infinite sadness, “It was her fault. I did blame her.”

“But it was an accident,” I say, “a terrible, tragic accident.”

“Is that what she told you?”

Jennifer’s confession turns Edie’s blood cold. All she can think of is getting Heather out of her life and for good; for her sake and that of Maya’s. But it seems Heather’s mind whirls with anger and revenge over what happened to her at 16, and Edie can’t help but wonder what she is planning.

Watching Edie is written in Edie’s voice with both her current tale and the backstory of a traumatic event. It proves to be a spine-tingling suspense thriller filled with obsession, rage and betrayal. Is anyone safe when someone has set their mind on righting a wrong? The climatic conclusion demonstrates that old adage, “Keep your friends close and your enemies closer.“