The Walnut Tree: A Holiday Tale 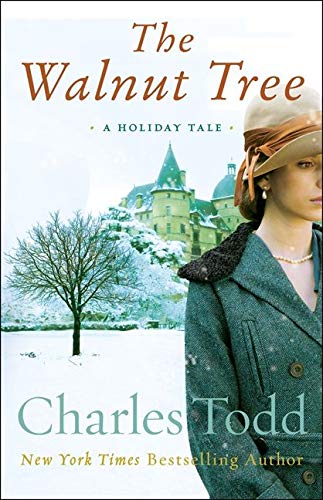 The year is 1914. The setting is Europe. Lady Elspeth Douglas, a Scotland socialite, is summoned to attend to her best friend Madeleine Villard in Paris. Madeleine, nearing the last trimester of her pregnancy, wants Elspeth to offer her friendship, support, and comfort prior to and after she delivers.

No sooner has Elspeth made the arduous trip to Paris when war is declared. The Germans have taken over Belgium and are headed to France, so Madeleine’s husband, Henri, determines it is his duty to serve his country. Madeleine’s brother, Alaine, a man Elspeth secretly admired for many years, also enlists.

Alaine speaks of his affection for Elspeth and before departing for battle gives her a family ring along with his pledge of undying love. Though customary and proper for the groom to ask the bride-to-be’s hand in marriage, Elspeth’s father had died not long ago. Now under the guardianship of her Uncle Kenneth, she is at loose ends, and Alaine promises to talk to Kenneth when the conflict is over.

Elspeth, ecstatic about her future, fears for Alaine’s and Henri’s safety. As the time approaches for Madeleine’s child to be born, she suggests they leave Paris for the war is advancing. It proves to be too late, for Madeleine delivers a son early.

To her surprise, an old friend, Captain Peter Gilchrist, also from Scotland, rescues her from harm. Though her heart flutters at the sight of Peter, she realizes she has pledged her betrothal to Alaine.

Should she be thinking about one man when she is promised to another? What will she do if her uncle finds out she’s working at a job “below her station”?

This heart-wrenching tale describes the horrors and anguish of the WW I era. Highly descriptive and poignant, this historical romance not only hones in on the atrocities of war, but also depicts how one brave and willful woman does her part to relieve suffering while finding her true self.