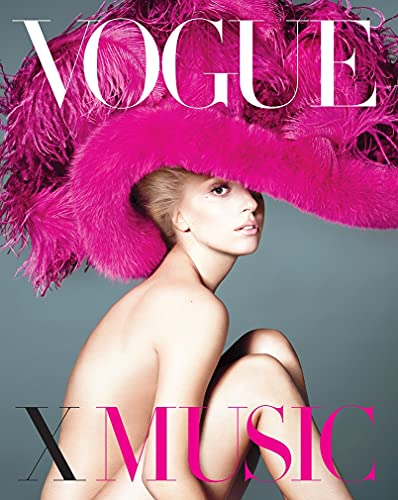 As is the wont of this Vogue series of books that have focused on everything from shoes to music, there is always something missing in each of them and that absence detracts from the impact of the book. What seems to be overlooked in almost all of them is that the history, meaning pre-Wintour, is all but ignored.

Vogue x Music is no exception to this since musicians had appeared on the pages of Vogue as far back as the 40s and 50s. Much to the chagrin of the powers that be at Vogue, the presence and potency of musical artists was not emphasized until the youthquake reign of Diana Vreeland and her “People Are Talking About” page.

“When Diana Vreeland was at the helm of Vogue in the 1960s, the magazine’s ‘People are Talking About’ column was the authority on cultural trends and noteworthy people.”
—Lisa Immordino Vreeland from Diana Vreeland: The Eye Has to Travel.

“Who is this guy?” “I don’t care who he is, but he looks great and we’ll publish it,”  said Diana Vreeland. The image of Mick Jagger, lensed by David Bailey, appeared in the July 1964 issue of Vogue, on the eve of The Rolling Stones’ first U.S. tour.

The introduction by Jonathan Van Meter, while amusing and somewhat informative, does not explain why music and musicians appeared on the pages of Vogue. It is most interesting to keep in mind that he is of the post boomer generation, which meant that his growing up exempted him from the pleasures of seeing some of the most iconic photographs of musical personalities of the boomer generation lensed by Richard Avedon. This brings us to the visual aspect of the book which is just beautiful, but then again it leans heaviest on the Wintour era rather than on the whole history of the subject, to be singled out among the new era images would be those by Mert Alas and Marcus Piggott who contribute some of the most memorable if not arresting images that appear in the book.

In the end it is a beautiful book overflowing with beautiful images of many of today’s musical personalities; as far as the text and context, well that that leaves a lot to be desired as none of it offers a hell of a lot of insight as to the true roots of the category of images. It will make for a perfect coffee table book for the pop star inclined but the text can easily be done without.