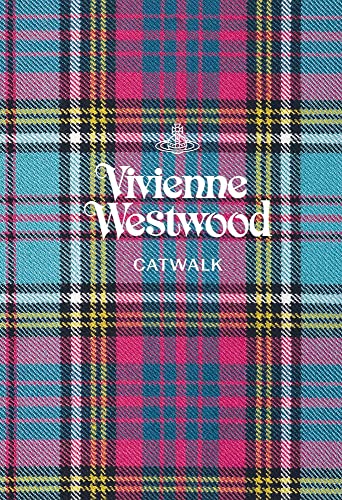 Call it a celebration, a fortieth anniversary gift, a visual chronicle of one of the most controversial fashion designers of the 20th and 21st centuries . . . Vivienne Westwood. She is the rarity that has survived fashion’s wars and whims. Four decades ago she said in words to the effect that she wanted to destroy conformity, and there is nothing mundane or generic in all her oeuvre.

The prospective reader with get a brief history of her career, her life, and her partners in crime, which include Malcolm McClaren and Andreas Kronthaler. Dame Vivienne at age 80 has more creative spunk in her that any 10 of the current millennial generation designers and far more imagination, which you get to see piece by piece, season by season, and year to year from a front row seat presented in this Vivienne Westwood photographic encyclopedia.

This fashionphile, as well as dedicated fashion reader, would categorize Dame Vivienne as having created a cult that spans generations of followers as well as a fashion cult of voyeurs who salivate at the very thought of what she will dream up next and how it will be presented. One might consider her one of the last warriors of fashion . . . this warrior and her compatriots survived every battle, war, craze, era, and trend yet they never strayed from their initial designing DNA—and in her case it was upending conformity.

If you are one of her fans, then this book is a must and if you are one who needs to be educated as to why this octogenerian designer is still revered in a business that chews up designers and spits them out faster than you can tie a shoe then this book will speak for itself and for the designer.