The Vietnam War: An Intimate History 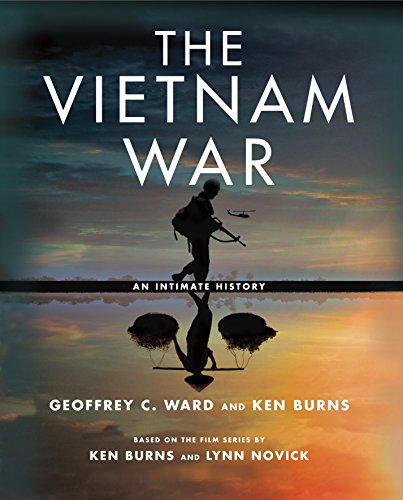 “This impressive book is an outstanding companion volume that covers the war from many perspectives . . .”

Over 50 years after the first American troops began combat operations in Vietnam, the war is still an unfinished and painful chapter in American history.  Since the fall of Saigon over 40 years ago, Vietnam has become both the template and cliché of modern American foreign policy, with nearly every commitment of American military power since 1975 compared to this conflict as “another Vietnam.”

This companion volume provides an excellent accompaniment to this series, covering the vast sweep of this war, beginning with the Versailles Peace treaty that ended World War I, and ending with the normalization of diplomatic relations with Vietnam in the 1990s and the on-going efforts by both nations to come to terms with the legacy of this war. No stone is left unturned as the authors take a critical look at the decisions and actions of five American Administrations attempting to deal with this seemingly intractable foreign policy crisis.

Like their earlier efforts, this history concentrates not only in examining the political and military decision making by Washington, Saigon, and Hanoi, but focuses on the many individual stories of participants—soldiers, politicians, anti-war protestors, and civilians caught up in the maelstrom of nearly 30 years of continuous conflict until the final conquest of South Vietnam in 1975. These stories make this a particularly powerful volume as it becomes clear that for many of the participants the war was still taking its toll years after the actual fighting ended.

By using previously unavailable sources and interviews with many Vietnamese participants, this history also offers a more nuanced view of the war and its aftermath, showing that for many North Vietnamese, even though they eventually won the war, the price paid was very high. The notions of victory became somewhat muddled to many Vietnamese as the country suffered from economic isolation and mismanagement after the war, as well as their own conflicts with China and Cambodia in the late 1970s.

This impressive book is an outstanding companion volume that covers the war from many perspectives. In additional to sharp writing and fascinating vignettes on many different topics, the book is filled with outstanding photographs, many of them rarely seen or never before published, and several outstanding maps of critical battlefield actions.

As Americans continue to grapple with this war during its 50th Anniversary, hopefully books and documentaries like this will help create a better understanding of the sacrifices made by soldiers and civilians on all sides in the long and bitter conflict.