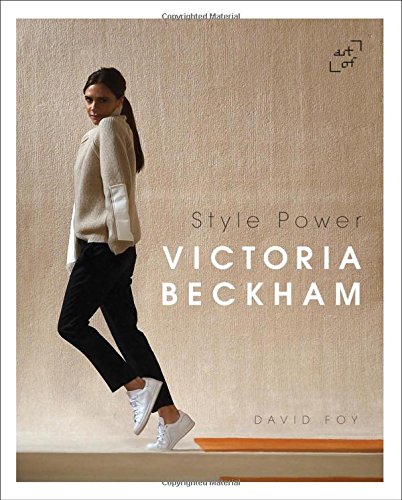 David Foy would like to have to the reader believe that this is a book about Victoria Beckham and her prodigious design talents, which have thrust her into the fashion limelight. In actuality or real life that it not the case at all since even fashion as it is manifests today is ruled by fame, hype, and name recognition ahead of real talent—and as this is the case in point, Ms. Beckham is a triple crown winner.

To the author’s credit, he notes that Ms. Beckham owes a great deal to Roland Mouret as he was the designer that she basically copied for her premier collection, but Foy gives no such credit to L’Wren Scott who more than supplied the same kind of “inspiration for ensuing collections.

Any informed fashion reader will read between the lines and know that in cases such as this a “designer” might have some input but retains a staff of designers who actually design and craft a collection as their skill sets dictate. In other words, it is highly unlikely that Ms. Beckham designs more than a piece or two, if she has the talent to do so, and merely attaches her name to the designs created by her creative and technical teams. In common fashion speak she would be a creative director and not a designer if in fact she has the skill set to do that.

Without her soccer super star husband, her musical past, and growing social presence Victoria Beckham would just be another wannabe designer who creates “me too” collections in an ocean of clothes on an international stage. Alas, given her celebrity, she is a shoe-in for retailers and the media in search of the hype factor, while the brand attracts a gossip celebrity hungry consumer in the hopes of something rubbing off on them, so to speak.

The astute reader will also take note that Ms. Beckham owes debts of gratitude to Stella McCartney, Chloe, and Celine for the polar opposite silhouettes she has since adopted. Yes the Beckham woman went from skin tight to slouch in the blink of any eye and no one points that out. For fawning readers and those impressed by name rather than by talent, this is a must have, and for the rest of you fashion readers as they say at the site of some accident: “Keep it moving. Nothing to see here!”