A Very English Scandal: Sex, Lies, and a Murder Plot in the Houses of Parliament 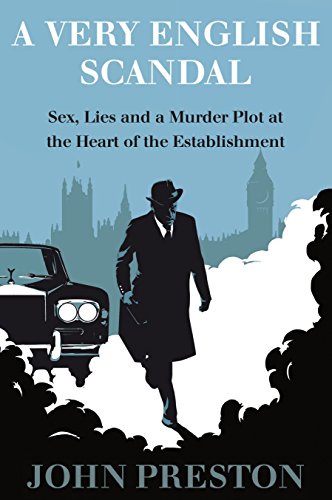 “Drink it in with a cup of Earl Grey Tea on a cold winter evening.”

If John Preston’s book A Very English Scandal is to be believed, it would appear that the British are excellent at deeply hiding their scandals. Their skill at burying their heads in the sand when scandal reared its ugly head was akin to circling the wagons during America’s migration west.

And, as most scandals go, there is sex and/or money driving the business.

Preston focuses the attention of this story on the life of Jeremy Thorpe, a leader of the Liberal Party in England during the late 1950s through the 1970s. Specifically, Thorpe engaged in a homosexual affair with one Normal Josiffe (aka Norman Scott).

The story opens in early 1965 with Thorpe meeting with Peter Bessell, a Liberal MP from Cornwall. This was the beginning of a long and arduous relationship between the two men, a relationship entangled in a web of deceit.

Bessell, a quiet man who kept mostly to himself, quickly became besotted (not romantically) with Thorpe, falling victim to the man’s charms. They talked politics and ideologies, and for some unexplained reason, Thorpe turned the discussion to his homosexual affair with Josiffe (Scott).

Scott had sent a letter to Thorpe’s wealthy mother explaining the relationship and asking for money. Bessell was taken aback, and by the end of the evening the two had walked through the door of collusion.

Preston has skillfully laid the story out in four parts, each part moving further through the friendship of these two very different men and how it is held together with the tenuous threads of Norman Scott’s charges. He deftly paints clear pictures of all of the characters who weave in and out of the picture, but is especially talented at showing the strengths and, especially, weaknesses of Thorpe and Bessell.

Throughout the story Josiffe (who changes his name officially to Scott), a man of often changing means, looks for ways to wring money out of Thorpe, and through all of his efforts, Bessell stands by Thorpe’s side, aiding him through multiple twists and turns in various attempts to resolve the situation.

Thorpe is a man of exquisite charm, yet somewhat oily in his ability to slither out of any situation referencing his homosexuality. Although the relationship with Scott was, for all intents and purposes, over, there are references to other clandestine affairs with men.

Thorpe married and had a child and when his wife died in a horrific automobile accident, he appeared to be genuinely bereft at her loss. Grief held him captive for quite a long time. Eventually he married again, and his second wife remained by his side through the long legal and court battles.

One of the more interesting aspects of this story is the fact that rumors and innuendo about Thorpe’s homosexuality raced through England’s political community, and all people could seem to do was either ignore them, pretend they didn’t happen, or recognize there might have been some truth to them but just turn a blind eye.

Damning letters between Scott and Thorpe continued to surface and found their way to police records and political archives, and still nothing happed. Even Thorpe’s political enemies learned of the existence of these documents, and they took no action.

As Scott continued to push for more, Thorpe seemed to come unhinged—beginning to look for more sinister ways to get rid of this man. As always, Bessell remained close to Thorpe, but when Thorpe began forming plans to murder the man, Bessell had misgivings and tried to talk him out of it.

Peter Bessell was not a man of means—his fortunes rose and fell like the tide, and he spent time shuffling between England and the United States on various business ploys. This often took him away from the Thorpe melodrama but never completely out of it.

Enter David Holmes, an old and loyal friend of Thorpe’s. As Thorpe’s state of mind began to unravel, his determination to see Scott out of the picture, totally and irrevocably, continued to grow. He turned to Holmes to resolve the issue.

Through an elaborate maze of people and events, a plan took shape and Andrew Newton, a commercial pilot eventually agreed to do the deed. The plot was a spectacular failure and the trail of evidence began to lead back to Thorpe.

Bessell by this time was living in Oceanside, California, and agreed to return to England for the “trial of the century” with Jeremy Thorpe as the star accused, and David Holmes, Andrew Newton, and one other offender facing an attempted murder charge.

The story is laid out almost in a creative nonfiction style, and if it were written as a novel, it would be a page-turner, to be read through the night and into the early hours of the morning.

Other English politicians have been party to similar scandals, but one would be hard pressed to find such minute detail unfolding in the pages of another book. This book is interesting, well written, and just plain fun to read. It belongs in everyone’s library. Drink it in with a cup of Earl Grey Tea on a cold winter evening.