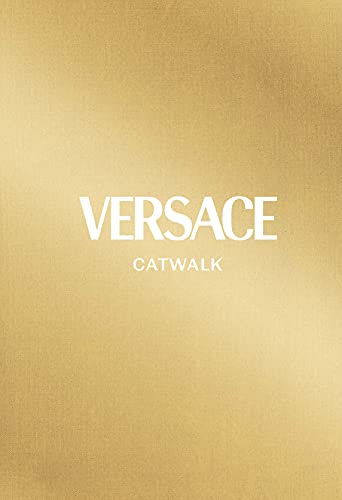 Versace: The Complete Collections is the chronological chronicle of two Versaces: Gianni, the eponymous founder, and his sister, Donatella, who took up the reins after Gianni’s untimely death. This epic undertaking is a mega volume that contains two chapters: 1978 through 1997, when Gianni was still designing, and then 1998 until the present when Donatella became the designer and changed the name to Versace. In short, “The Tale of Two Versaces.”

What this reader was most disappointed about was that Gianni’s men’s collections were omitted for that was where he began his illustrious career. He was, after all, the man who brought sexy into world of men’s fashion.

It is hard to find fault with a book such as this for it takes you on a journey and the evolution of one of the most vaunted international brands that has withstood the test of time. The images remind us of Gianni’s incredible talent, while the text gives us a glimpse into his psyche. He had no interest in following the flock, and he broke the rules that later became de rigeur within the world of fashion.

Tim Blanks writes in an overly wordy and pretentious way, while a simpler and more direct approach might have been more beneficial and effective for accompanying the images.

This reader recalls Signora Versace stating, after Gianni’s untimely demise, “I am not a designer!” and guess who couldn’t agree more with that statement? This dedicated fashionphile believes that despite the house’s vast and distinctive vocabulary, Ms. Versace took the brand from being a standout to blending in by following trends and “of the moment” fashion. This was not what her brother had in mind during his tenure. Nonetheless, Versace: The Complete Collections takes you through each and every collection from start to finish, and should be considered the encyclopedia of the brand.

What is most interesting is that Donatella’s most celebrated collections are those when she adhered more rigidly to her brother’s way of thinking, even though the reduxes were just that: a massaging of what was.

Without question, Versace: The Complete Collections is a must for all those who consider themselves fashion aficionados as well as those who revel in the glory of everything Versace.