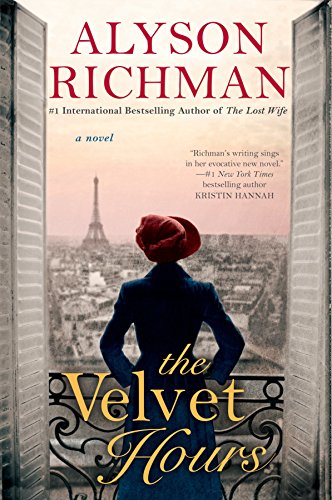 The theme of the Haggadah, read during Passover at the Seder table, is the freedom of the Jewish people from slavery and their exodus from Egypt—a theme Richman has skillfully woven into the fabric of her story that takes place at the advent of World War II when, for the few who were lucky enough to possess the means, there was still time to escape “before everything in Europe would smolder under Hitler’s torch.”

The narrative moves back and forth between the young Solange and her grandmother, Marthe de Florian, a retired demimondaine, or courtesan.  Each week Solange eagerly visits her grandmother’s plush, art-filled apartment to hear, and later compile into a book, stories about her grandmother’s life.

A plethora of fascinating secrets are revealed in the process—how a poor girl from the back alleys of Montmartre buries her past and reinvents herself to become the desirable Marthe de Florian, a connoisseur of love and art and the cherished mistress of one of the richest men in France. And how she succeeds to avoid the miserable fate most courtesans were apt to face at an older age, once the lure of youth diminished and the source of income dried up.

In the process of exhuming long buried secrets and allowing them a voice, Marthe de Florian is forced to confront her demons. It is quite satisfying to witness Marthe, who initially comes across as cold hearted, evolve into a more compassionate woman in the following months, grow close to Solange, and decide to rectify past mistakes. As a result, Marthe de Florian becomes instrumental in guiding her granddaughter toward love and a more hopeful future.

Richman’s background in art is evident on every page of this opulent story of passion and transformation, from the intricate description of Marthe de Florian’s pearls, to the collection of Asian ceramics and prints purchased from Ichiro, the art dealer and, above all, in Giovanni Boldini’s portrait of Marthe de Florian that occupies a place of honor in her apartment, possessing its own true and intriguing account that inspired this enjoyable novel.