Velocity: From the Front Line to the Bottom Line 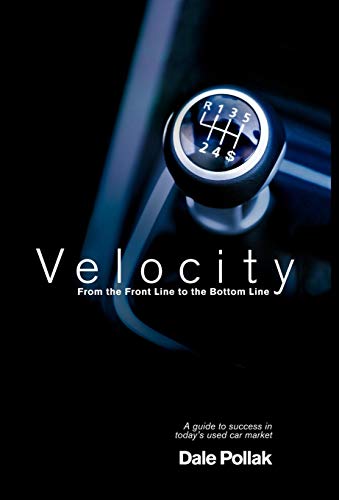 Carl Sandburg once said, “A woman is like a tea bag. It’s only when she’s in hot water that you realize how strong she is.”

Karen Vail, the protagonist in Velocity, must be one tough cookie because she spends most of this story up to her neck in hot water. This is Jacobson’s third book featuring Vail as the irascible FBI Profiler from Quantico, Virginia. Velocity completes a trilogy of books written with a similar flavor. The two others are, The 7th Victim and Crush.

Readers were first introduced to Vail in The 7th Victim. Jacobson spent seven years researching the profiling unit at The FBI Academy, observing how the agents analyzed cases and categorized offenders. His hard work and dedication paid off. When readers got their first look at the character that emerged from his years of entrenched study, they clamored for more of this high-heeled warrior. That first book laid the foundation for the next two stories, in which Karen Vail became a character with mass appeal.

When the author relocated Vail to Napa Valley wine country in Crush, his readers drank it in. Jacobson did not become a bestselling author by ignoring his fans. So in Velocity we once again find Vail back in wine country where the story in Crush left off. The author employs an interesting method, he educates the reader about the art of wine making while weaving in a story about drug smuggling in the same milieu. Jacobson has obviously done his homework, since he uses the right lingo and terminology used by those in the industry.

And just like in the second novel, Vail finds herself involved with John Wayne Mayfield, a serial killer. The twist in this story, one of many, is that Vail’s boyfriend turns up missing.

In her desperate search to find her lover, Vail is summoned back to Quantico, but not before she unwittingly blows the identity of her missing lover, placing his life in jeopardy. Along the way, Vail is introduced to a secret government operative who reluctantly agrees to help her find the missing detective. However, being the audacious and tenacious investigator she is, she uncovers a web of deception and lies that lead to places no one dared go before.

The nonstop action surrounding the frenzied search for her missing boyfriend launches the reader like a steel ball in pinball machine, taking us from Napa Valley wineries, to historical Washington, D.C., to the coveted beaches of San Diego, and then to the absurd glitter of Las Vegas. What a journey! An added bonus will interest readers when they discover the lengths to which drug smugglers go to transport their illegal products. Jacobson does a good job of describing several methods, particularly those used by large drug cartels, by which liquid drugs are moved around the globe. He describes screening protocols and devices—very interesting stuff that will probably shock and amaze some readers. Jacobson has obviously befriended someone in the DEA: It’s all spot on.

The only criticism is the sometimes over-the-top behavior of Karen Vail, in particular, shoving a gun into the forehead of an interviewee. That’s pure fiction—but of course, that’s what fiction is all about. It’s an escape where anything can happen and usually does. Apparently, Alan Jacobson’s readers don’t mind this type of action. It is understandable that two of the author’s books are under development as major feature films.

Velocity, with its suspenseful, dizzying pace, and myriad surprises under each grapevine in Napa Valley, might just make it to the big screen as well.

Jacobson writes for suspense junkies and gets the monkey off their backs; he’s that good.