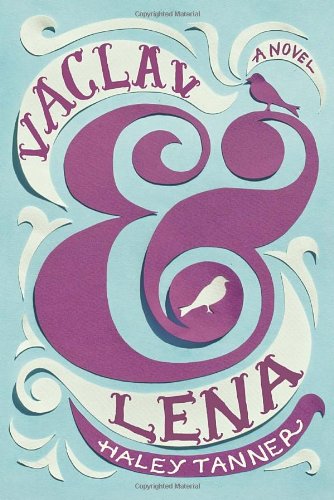 Haley Tanner’s debut novel, Vaclav and Lena, captures the slow, methodical thought processes of young children, the awkward diction of non-English speaking immigrants, and the hearts of its readers with a tale of unconditional love; of attachment, separation, and reunion; and of trauma and healing.

The title characters are the children of working class Russian immigrants living in Brooklyn’s Homecrest section, a neighborhood Ms. Tanner does not identify by name but rather by its streets’ names—about three quarters of a mile north of Brighton Beach—who first encounter each other in a public school ESL class as five year olds, though the reader first meets them as nine- and ten-year-old fourth graders (Vaclav is a few months older than Lena).

Vaclav is the only child of a couple whose marriage is stale but stable. His father, Oleg, who was an architect in Russia, now drives a taxi, and his mother, Rasia, does clerical work at a medical supply company.

Lena is an orphan who lives with her negligent, drug addicted, stripper aunt Ekaterina. Vaclav is an obsessive list maker and, inspired by a biography of Harry Houdini, a self-made man who arrived in this country at the same age Vaclav did, and by a visit to the Coney Island sideshow, an aspiring magician. Lena is quiet and withdrawn on the outside because of her limited English; she has much to say on the inside but lacks the vocabulary. Her role model is the gold-fringed, bikini clad, sideshow sword swallower, Heather Holliday (a real person whom this reviewer has seen perform) who, in contrast to Ekaterina, appears to be in complete control of her sexuality.

Because of Ekaterina’s work schedule, Lena spends every weekday afternoon and evening with Vaclav and his family. Rasia develops tender feelings for her and tries to give her the structure, attention, and affection that Ekaterina either can’t or won’t. At night Rasia walks Lena home, tucks her into a bed consisting of a bare mattress on the floor, and tries to straighten up Ekaterina’s filthy disheveled apartment. The children decide that Lena will become Vaclav’s magician’s assistant and that they will marry when they grow up.

One evening when Lena was absent from school, did not arrive home with Vaclav, and Ekaterina didn’t answer her phone, Rasia went over to Ekaterina’s to discover what all along she feared might happen to Lena and called 911. The second half of Vaclav and Lena brought back recollections of my job as a foster care caseworker 23 years ago, and like that work experience, reaffirmed the high esteem in which I hold loving, conscientious foster and adoptive parents.

That same work experience, however, heightened my awareness of some of the book’s flaws. We learn that Ekaterina had been receiving a stipend to help defray Lena’s expenses. Is it likely that in all the years Lena lived with her aunt no caseworker visited the apartment? Had a caseworker witnessed the conditions Rasia saw every night, Lena would have been removed before harm could befall her.

There is also a flashback to a trip to Coney Island when Vaclav and Lena were five, in which upon arriving at the boardwalk, an exhausted Rasia parks herself on a bench and gives the children money to go off and enjoy the rides unattended. That kind of negligence could have cost Rasia custody of her child and is completely out of character with the caring, attentive mom she is presented as in every other part of the book in which she appears. In fairness to Rasia, my mom let me wander the streets of Manhattan at an even younger age, but that was the 1950s, not the 1990s.

Rasia’s 911 call results in Children’s Services removing Lena, in her subsequent adoption by a loving and responsible new mom, and a seven-year separation from Vaclav. Lena’s new mom’s best efforts result in an impressive surface transformation of Lena into a straight-A pupil, varsity soccer player, and popular student government president, but inside Lena does not feel whole. Ms. Tanner deploys the book’s strongest prose to describe Lena’s mental state:

On her 17th birthday, “Lena does not feel like today is her birthday, because Lena does not feel like a person today. This is not a new feeling, it is a feeling that is always there, though it surfaces and subsides like her wisdom teeth. . . . Sometimes these days hurt a lot. Today hurts a lot. All day there have been people who want to wish her happy birthday, and she has felt all day that speaking to each of them was like rubbing a small spot on the inside of her skull that had a lingering bruise. These little conversations in the hallway all day, they were going down the wrong pipe, they were getting up her nose, they felt like landing badly on an ankle on a trampoline, over and over and over again.”

To escape her well-wishers Lena retreats into a bathroom stall where her multiple selves converse. One self never wants to leave the bathroom, and a second self reassures her that she doesn’t have to. “Then there is a third self, a Lena number three, who is able to interrogate the other two selves and draw conclusions, and yet another who is able to make this observation. Lena feels her many selves multiply, like looking into parallel mirrors and seeing the back of your head, surprisingly unfamiliar, spiral into infinity. . . . Lena is sure that other people don’t have many selves. She is terrified that she doesn’t have a core self, an essential Lena.”

“Lena Apart,” the section in which the above quoted text appears, has the book’s richest use of figurative language. In another example, a few pages after the last quotation, Ms. Tanner describes how immigrants bewildered by the unknowns of their new country miss the old country “like an abusive spouse, because at least you know each night what was coming.” And yet even in the text quoted in the previous two paragraphs, and still more so in other parts of the book, there appears a seeming dumbing down with the excessive repetition that is more like young adult than adult fiction.

When Lena reconnects with Vaclav, repressed memories surface that she is not emotionally equipped to handle. Parents are probably the best judges of whether their middle-schoolers or high-school–age children are ready for this viscerally powerful book. Older readers may also enjoy The Cosmopolitans by Nadia Kalman [reviewed in NY Journal of Books] whose more affluent and better-educated suburbanites provide another side of the Russian immigrant experience.