Vacheron Constantin: The Artists of Time 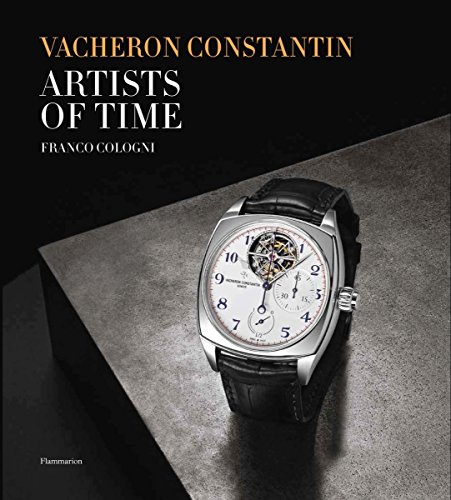 Saying or thinking that Vacheron Constantin makes watches is like saying Michelangelo was a ceiling painter. Vacheron Constaintin is a manufacturer and purveyor of some of the world’s most coveted horological time pieces as well an innovator within this rarefied sphere of mechanics and design.

Vacheron Constantin, the book, is a chronological history or timeline of a brand as well as the families that began with its inception over 250 years ago. Colgni studiously traces its founders and their family trees as well offering insights into the times and history of those eras. The text comes off as rather easy to read and not at all pedantic or overly tutorial. Cologni manages to recount and convey all of this data in an almost conversational way as if you were listening in on a chat between friends, albeit a very detailed and extended one.

What is most striking about the brand and its output is that the reader becomes keenly aware of the stark simplicity of so many of these timepieces as well as the company’s capabilities to produce some of the most ornate and bejeweled extravagant styles. The photographic images are nothing short of exquisite but one must read and learn what goes on within the workings of these amazing watches. If there was ever a case of don’t judge a book by it cover this is the prime example. Not only must these timepieces be esthetically pleasing but they must above all be works of art when it comes to their complexity, method of manufacture, and inner mechanisms. What the reader will glean is that the value of these horological wonders is mostly what lies within the cases, whether simple or ornate.

Without question this is a book that will be appreciated on so many levels because as anyone who is more than familiar with watches can testify that Vacheron Constantin is the Ferrari of timepieces. The brand is a very unostentatious status symbol that can only be recognized by those who are cognizant of it is existence. In short, you get a story about a heritage brand that has withstood the test of time, remained true to itself and has never bothered to pander to the masses and that alone makes the Vacheron Constantin story unique and well worth the read.