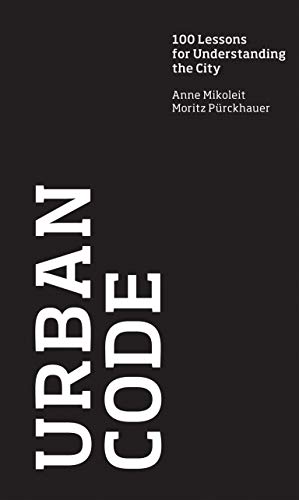 What does it take to make a place lively, a code word for appealing, competitive, sustainable? What choices should those who have leadership responsibility for place stewardship make? How should people choose their places? Should they stay in their familiar place? If so, what policies should they advocate promoting the vibrancy and sustainability of their place?

These questions, issues, and conundrums are becoming ever more pressing. Until the advent of place choice, most people were unaware of the status of their place relative to their other places. Rather, they could relate to their place in terms of its evolving, changing status over time.

Such a comparative assessment, however, is problematic, inasmuch as perspective in such a self-referential context is difficult, almost impossible, for any one person lacks sufficient frame of reference concurrently and over time: the eyes of a 55-year-old are very different than those of a 15-year-old. If place assessment tools early on were non-existent, today they are still less than advanced.

The duality, tension, even conflicts of places is a primary theme of Urban Code, a compact, in both physical form and message, meditation providing 100 Lessons for Understanding the City. The lessons are presented as elements of an urban code, sourced from their observing and deconstructing the SoHo neighborhood of Lower Manhattan. Like the variability and individualistic attributes of a great place, so, too, are the Urban Code observations varied and diverse: some descriptive, others prescriptive, some reason-based, others historical.

Beyond being a clever framing for a book on place experience, Urban Code is a wise, eclectic, nuanced meditation on the ingredients that make great places. This treatment captures the dynamic, self- organizing interactions of the place drama, whose dancers, performers, and audience engage in dynamic, ever changing routines that collectively create the urban experience.

The presentation of Urban Code, in common with places themselves, can be experienced in several different ways. One part is an extended essay of 100 paragraphs, varying in length from 8 to 100 lines, some of which are amplified by quotes from classic planning and place texts. Other parts are succinct urban ‘lessons’ taught via graphic images, pictures, schematics, and word maps.

The inherent heterogeneity of urban places is evidenced by such conceptual pairs as monotonous and changing, full and empty, order and chaos, movement and repose, liveliness and quiet, fixed and fluid, old and new, destination and junction. Reconciling such polarity/opposites results in a tension, a friction that Anne Mikoleit and Moritz Pürckhauer write “creates as extraordinary potential for creativity, culminating in a plurality of processes and activities, which thus initiate the change to a new beginning.” The intersection, friction, and integration of these competing interests is the essence of what makes a vibrant, engaging appealing place.

The authors observe, “SoHo arose from exactly such tension. Seventy years ago, it was an inner-city wasteland, struggling with unemployment, crime, and decay. Today, the neighborhood is one of the world’s liveliest places.” This conclusion is striking and significant in several ways and at several levels.

Today, as the United States and many other countries struggle to reconcile economic ennui and cultural conflict, the lessons in Urban Code about what makes a great place, how friction might be positive and generative as contrasted to destructive and negative, and the relationships between proximate places, complementary and competitive while being separate yet integrated, are most timely and relevant.

Whether or not it was the author’s intention, readers should adapt the specific urban principles to the context. Thus, lesson 01 “people walk in the sunshine” appropriately needs to be amended or supplemented to reflect the considerations: “unless it is too hot and therefore more comfortable to walk in the shade.”

This volume makes the singular contribution of advancing certain principles of place. In so doing, Urban Code examines a higher level of place than do Christopher Alexander and his colleagues in “A Pattern Language,” which examines the component elements of buildings. As the code elements are neither comprehensive nor does the coverage reflect the relative importance of topics, this volume should be viewed as an important provocation rather than a comprehensive catalogue.

True to their message that places are idiosyncratic, dynamic, simultaneously rational and intuitive, the authors advance the importance of knowing the lessons while being judicious in their application. They warn that their “observations are an attempt to deconstruct the urban life of SoHo—and to construct from that life an urban code. SoHo cannot be reproduced by applying these 100 lessons any more than any other neighborhood can, but we have a better chance of enjoying the urban whole if we understand its parts.”

The late great real estate scholar and provocateur James A. Graaskamp observed that all too often books about the built environment describe in text but do not illustrate the powerful visual imagery of the subject. Urban Code is conceptually brilliant in its design on many levels. The authors and designer Oliver Schmid are to be commended for the stunning black and white visual presentation of Urban Code. This visual distinction is amongst the several distinctive points of differentiation of this brilliant book.

The effect of Urban Code is a multimodal, almost helter skelter, accretive and cumulative, indirect yet structured, obvious and concurrently nuanced, simple while sophisticated, zen-like in its quiet message, yet powerfully provocative in its impact. Accessible, digestible, and evocative in extracting its message from the urban form, its pocket book size and terse, even abbreviated coverage reflect the authors’ highly edited, even idiosyncratic choices, both about which urban patterns and principles to “code” and also about the treatment of those patterns and principles that they elect to include in their Urban Code.