Until Leaves Fall in Paris 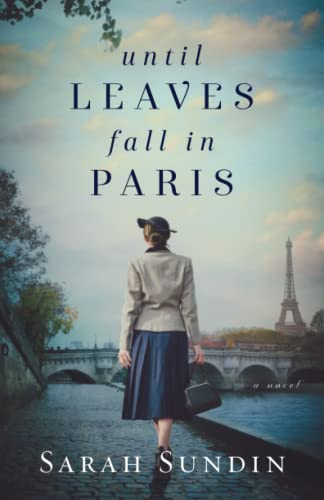 “Hair-raising and shocking, the fiery determination to right what is wrong combined with the acts of personal selflessness strengthens this plot into a thrilling read.”

Lucie Girard always wanted to be a ballerina, and for ten years, she worked hard to climb the ladder in the corps de ballet at the Paris Opera Ballet in France. An American living in Paris in 1940, she is amid danger and turmoil since Germany invaded the country. Her discipline and love of dance allow her to take her mind off the world crumbling around her.

In 1923 Lucie's family moved her to Paris and became close with Hal and Erma Greenblatt, who own Green Leaf Books, catering to American, British, and French academics. Her parents later return to New York, and Lucie remains with the Greenblatts to continue with the ballet.

As the Germans invade Paris, they are capturing the Jewish residents, and the Greenblatts must flee for their lives. Lucie considers how much time, effort, and money her friends have put into their store, and without cash for passage to America, she decides to help them by buying the business.

Admitted to the corps de ballet at age 16, Lucie gives her all, and now she understands she'll never reach prima status, so she insists on helping the couple who are family to her. They refuse her offer, appreciating Lucie's heart and soul belong to the ballet, but Lucie believes she is doing the right thing.

The German regime bans several books, causing Lucie to become anxious about her business. To protect herself and those she cares about, she stealthily aides the resistance through a man she meets, who asks to be called Renard. He gives her the following instructions:

"'Your store is a letterbox, a place to pass messages. From now on, we will work with you, but only you.'. . .

". . . ' I understand.' Why did it feel more dangerous knowing she'd work alone?

"'We will bring books to you for various reasons, as you said in the park.' He motioned to her with his cigarette. 'You will place the books behind your desk. You will never read the notes again. Do you understand?'

"Her breath hitched, but she nodded. 'Yes, sir.'

"'When our friends come to retrieve the messages, they must ask for the title, and they must indicate they know it's behind the desk—a friend put it on hold, they called for it, now they have their wallet. This is vital.'

"'That makes sense.' They had to keep the notes out of the wrong hands. 'How do they know which book to ask for?'

"'You do not need to know.' He raked back the black curl on his forehead. 'When they ask for a title, you must ask, "Have you read this author before?' They must answer in these exact words—"No, but I am determined to better myself.' In English.'"

Though Lucie understands she is playing a treacherous game, she realizes many innocent lives are at stake, so she is adamant about helping the cause in any way.

Meanwhile, Paul Aubrey, a young American widower who manufactures cars in Paris, wants to return home to ensure the safety of his young daughter, Josie. He commits to surreptitiously helping the army by keeping his production line running and allegedly producing trucks for civilians, which the Germans use for battle. He plays his part by sabotaging the vehicles and hiding airmen from Britain in the factory.

Paul brings his daughter to Lucie's store, and there is an instant attraction between them. Still, Lucie views the handsome American as a greedy and bourgeois businessman, which angers her completely. However, Lucie is saddened yet enchanted by his four-year-old motherless child.

Paul is now an outcast at the American church, and many consider him a traitor working for the Reich. Lucie, believing this, forbids him from patronizing her shop but invites Josie to attend the children's hour, delighting in the child.

This highly passionate and suspenseful novel set from 1940 to 1942 gives the reader in-depth insight into the horrors of war and the ruthlessness of the Nazis. Lucie and Paul share their point of view in varying chapters as they relay their part in aiding the innocent. Will they succeed in their efforts, or will they be discovered and lose everything, most importantly, their lives? Hair-raising and shocking, the fiery determination to right what is wrong combined with the acts of personal selflessness strengthens this plot into a thrilling read.