Until the Dawn's Light: A Novel 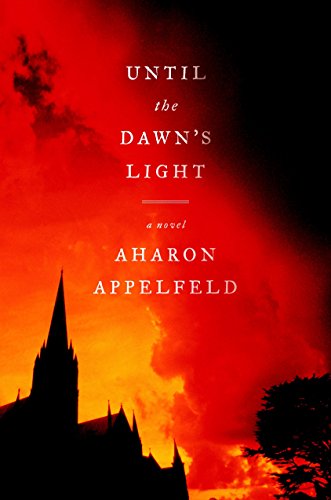 “despite everything, our sympathies remain clearly and profoundly with Blanca, regardless of her culminating acts. That, in fact, is the gift of the book and illuminates the essential elements of this author’s body of work.”

Aharon Appelfeld’s work is recognized internationally within the canon of Holocaust literature. His personal experience provides the authority necessary to write about that most dramatic and troubling of times and imbues his work with verisimilitude. Born in Romania and deported to a concentration camp at the age of eight, he spent three years hiding in the Ukraine after he managed to escape. After the war, he found his way to Italy before emigrating to Israel in 1946.

Until the Dawn’s Light is not a novel of the Holocaust per se; it is a precursor to that hideous event in human history. The story revolves around Blanca, a promising honor student who is being primed for university and a career in mathematics when she meets Adolf, a peasant and fellow high-school student.

Adolf arouses Blanca’s sexual awakening and her latent socialist tendencies. Sadly, she lacks the sophistication or maturity to recognize his limited intellectual capacity and his propensity for violence and hatred. Adolf is the complete antithesis of Blanca: He is coarse, vitriolic, crude, and lacking in sensitivity. He is also rabidly anti-emitic. Blanca is brilliant, compassionate, gentle, and Jewish.

Austria in the early part of the 20th century is openly anti-Semitic; a huge number of Jews convert in order to avoid trouble and to get on with their lives. Blanca becomes one of them.

In a communist-inspired fervor, she relinquishes her Judaism, and, clinging to the strong, attractive, uncomplicated Adolf, rejects her heritage and her family. Only after they are married does she realize she has married a beast. Finally, after unspeakable abuse, she flees with her son, Otto.

In some respects, Blanca’s journey is archetypal. She is moved to leave her familiar environment, sets out on a quest to reclaim her identity, encounters many trials and tribulations along the way, and has mentors who help her. Notably, these mentors are all women who have survived their own traumas: her first landlady; Theresa, who works at her father’s old age home; and Sonia, a coworker when Blanca works in a home for the elderly. There is also a Wise Old Man in the form of Dr. Nussbaum, who cares for Blanca when she and Otto are ill.

But Blanca’s journey does not end with enlightenment, even though she does reconcile with her avidly Jewish grandmother. Rather, her story ends tragically. Without giving away the denouement, it is fair to say that it she comes to a heartbreaking end.

That will come as no surprise to readers of author Appelfeld’s work. Like its forerunners, this novel focuses on an individual who is “too profound to be intellectualized or even adequately absorbed,” as one reviewer said of the novel Tzili, published in 1983. Perhaps that explains why the story is revealed so simplistically, almost invoking Hemingway’s style.

Mr. Appelfeld is clearly haunted by the Holocaust and the events and atmospherics surrounding it. The horrors of that massive event in human history are hinted at, danced around, suggested. The focus of the story, as in his other works, is on a forlorn, lonely central figure. Muted yet intimate, the protagonist challenges us to strive for moral clarity as she reveals her circumstances. For that, we can forgive the author’s occasional lapses as, for example, when we strive to understand how Blanca could have possibly been so attracted to Adolf in the first place.

An Israeli interviewer once said of Mr. Appelfeld, “. . . evocative. Yet [he] describes situations that are almost inconceivable, and behavior that can be unconscionable.” That observation certainly applies to his latest novel. Yet typically, and despite everything, our sympathies remain clearly and profoundly with Blanca, despite her culminating acts. That, in fact, is the gift of the book and illuminates the essential elements of this author’s body of work.