UnSlut: A Diary and a Memoir 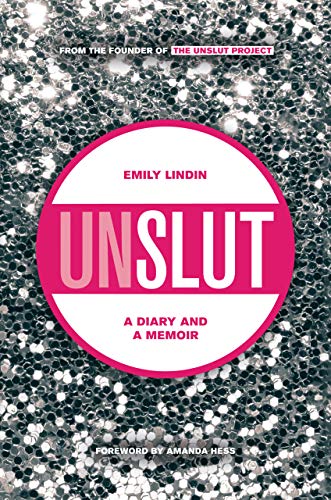 Social media is a pervasive presence in teenage lives nowadays, yet there is a double standard, as there has always been in the female narrative: Rather than teaching boys not to rape or peers not to bully, it is young women who must be careful because their reputations are at stake. Girls must always be seen as spotless and pure, their actions unquestionable, or else . . .

Emily Lindin kept a journal of her bumpy formative years in which, at eleven, she was branded a slut by so-called friends because of rumors about her sexual activity. As rumors tend to be, they were false. Lindin was, in some ways, luckier that most girls her age are today—there was no Facebook yet. At best there were school rumors and messages online through chat rooms, and there were no pictures, no harassing posts on a wall being viewed by hundreds before the subject herself ever viewed it, but at worst, there was sexual aggression and assault. Uncomfortable reaching out to her parents or other adults, Lindin kept a diary.

Lindin eventually created The UnSlut Project, an online community where she posted entries from her diaries during sixth through eighth grades, detailing her experiences, to speak out against sexual bullying, and this book is a result of the project.

UnSlut is Linden’s diary. Readers looking for fiction or a book with a plot will be disappointed. An 11-year-old Lindin is the primary writer and the entries are unedited, so older readers will feel a bit of a drag in the narrative and may be annoyed with the daily woes of a young girl. An older Linden reflects on the issues her younger self in asides in the margin of the diary, and she writes with great clarity and kindness toward her younger self—a kindness many readers may wish they could show themselves and their own childhoods.

This story is intensely personal and can, at times, be difficult to read for empathetic readers—it’s like watching someone be embarrassed or shamed in the movies. A reader who feels discomfort at this will squirm at the bullying, but sometimes a reader must be made uncomfortable in another person’s shoes in order to understand a situation and learn how to help. This is a book against sexual bullying and it provides a great opportunity to bring readers together to talk about mental health, bullying, and sexuality.

This book is an absolute must-read for any young girl, parent of a teen, or school counselor. Though some of the references are now dated (movies, AOL Instant Messenger, etc.) the context is clear and the message is valuable and valid: young women are victims of bullies, male and female, of all ages (adults, too, who have little compassion or empathy, or who have forgotten the direness and immediacy of teenage-hood), and social media is the stage on which their lives are played to a wide (and sometimes anonymous and cruel) audience.

Importantly, there is a role for everyone. No one should stand by and watch a peer be bullied: Speak out and up, often and loudly! There are websites, groups, and hotlines individuals can turn to for help on behalf of others or for themselves, both to learn more or to talk to someone, for reaching out on self-harm, sexual health, bullying, suicide prevention, and feminist support, which Lindin lists at the back of the book.