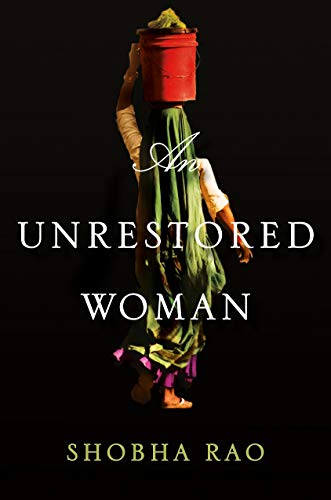 “Rao demonstrates her enormous power, summing up the complexities of an entire life in diamond-cut sharp scenes and dialogue.”

Shobha Rao’s striking collection, An Unrestored Woman, seizes a moment in history, the partition of British India into present-day India and Pakistan, and shows how the tumult raging in a country can be mirrored in the details of life. Partition is the key to these 12 stories, all of them enacting scenes of violent division, from the large scale, such as one religious group torching the village of another, to the small, like a mother being separated from her child.

The stories are nuanced and loaded with surprise, each building on one another; characters reappear, moments in history are revisited, continents are crossed. But for all its foreign vistas, the terrain of An Unrestored Woman is a desolate one, where a woman’s body is often a metaphor for the contested land, her innocence stolen and violated. This is illustrated most in the tale “The Opposite of Sex,” when a cartographer desires a woman enough to redraw borders in an attempt to win her, moving property boundaries of farmland and villages in a way that sparks suicide, murder, and riots in the streets.

Even those female characters who have escaped the subcontinent for America do not remain unscathed. As children, the two young sisters of “Unleashed” leave India for Albany, New York, where they are molested by a neighbor. When they are adults tucked into an upper class Manhattan life, they seemed just as scarred as the child brides and widow camp dwellers of Punjab’s Camp for Refugees and Unrestored Women.

Foremost among Rao’s offerings is “The Lost Ribbon,” which goes back and forth in time and memory to tell the tale of a kidnapped Hindi girl who is kept prisoner in a shack. When she gives birth to a girl, she must decide if she will let her child live under her abductor’s cruelty or whether she should kill the child with a mother’s mercy. “The Lost Ribbon,” clear-eyed and searing, seems to carry every human emotion in its scant but brilliant handful of pages.

Equally memorable is “Such a Mighty River,” the tale of wealthy man suffering from dementia, and, confusing his dead wife with a call girl, he wanders searching for his lost spouse, only to find himself in the ghetto at the mercy of the prostitute and her pimp. Once more Rao demonstrates her enormous power, summing up the complexities of an entire life in diamond-cut sharp scenes and dialogue.

There are the occasional missteps. A few of the Brits in “The Mensahib” get short-changed in the character development department: the gasp-inducing Memsahib beauty herself, whose appetites revolve around silk dresses and cucumber sandwiches, and her mother, who stays inside her shaded bedroom planning her next trip to England. They feel insubstantial, almost as if Rao is treating them with the same condescension with which they treated their Indian servants.

Richer portrayals would have made for more interesting interactions, as Rao seems to acknowledge herself in the wonderfully complicated “The Imperial Police.” A startling study of miscommunication and desire, “The Imperial Police” tells of an uptight British head constable who falls in love with his Sikh assistant; it is imagined that this man holds enormous reserves of kindness in the palm of his hand, only for us to learn he is abusive to his wife.

Another story that doesn’t quite hit the high bar Rao sets for herself is “The Merchant’s Mistress.” Here a poor, young widow proves too talented to be believable, displaying Scheherazade-like storytelling talent, androgynous bed romping skills, and the ability to don the identity of an educated male diamond merchant. The writing is gorgeous and evocative, but the story itself doesn’t match the stony realism of the rest of the collection.

Overall, An Unrestored Woman is a breathless and fascinating read. In this shifting world, there is no telling what sort of triumph or horror each character might meet along the way, Rao captures the unsteady contours of an uprooted people with riveting subtlety and precision.