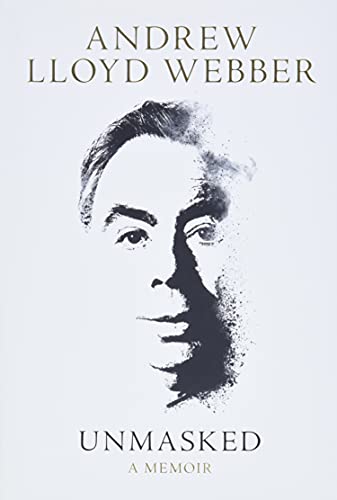 The fact that Andrew Lloyd Webber’s Phantom of the Opera is by far the longest running Broadway show (over 12,500 performances at this writing and still going strong), is baffling to some of us.

The score owes more to Franz Lehar than the Broadway musical. Its clever parodies of 19th century French grand opera mean nothing to most audiences. There’s no dancing, no pizzazz. Yet it still is the biggest moneymaker in Broadway history.

The fourth longest running Broadway musical (7465 performances), also by Lloyd Webber, features two hours of dancing cats with lyrics by T. S. Eliot. For a decade, Andrew Lloyd Webber’s unconventional musicals reigned supreme in his home town of London and on Broadway. In addition to Cats and Phantom, there was the stage version of Jesus Christ Superstar (eight years in London), the roller skating extravaganza Starlight Express (7408 performances in London), and that odd hybrid, Song and Dance.

He was the first composer to produce albums of his scores before they became stage musicals: Jesus Christ Superstar, Evita, and Song and Dance began in recording studios. Before Disney became the major global producer, Lloyd Webber and Cameron Mackintosh, his producing partner on Cats and Phantom, invented the musical as a long-running global phenomenon complete with merchandising and multiple cast albums.

Lloyd Webber’s autobiography, Unmasked, covers his life and work up to the opening of Phantom of the Opera. The child of an eccentric musical family—his father was a composer and performer of church music who became a professor of composition at the Royal College of Music, his mother was a piano teacher, and his brother Julian became a celebrated cellist—Andrew started writing musicals as a teenager and had his first success with Joseph and the Amazing Technicolor Dreamcoat when he was 19.

He turned down a scholarship to Oxford because he didn’t want to lose momentum on his collaboration with lyricist Tim Rice. After Joseph, he and Rice created the rock opera, Jesus Christ Superstar (1970). The recording was a sensational success in the United States (much less so in Great Britain). This was the era of concept albums and Jesus Christ Superstar made Lloyd Webber and Rice pop celebrities.

Why shouldn’t Lloyd Webber and Rice cash in on arena concert versions—Lloyd Webber rightly thinks that Jesus Christ Superstar works better as a rock concert than as a staged performance—and staged versions in multiple cities? The ultra-camp Tom O’Horgan Broadway production was savaged by the critics and ran for less than two years.

Lloyd Webber and Rice seemed destined to be a long-running songwriting team but their bumpy artistic relationship, which ended after Evita in 1978, is an important part of Lloyd Webber’s story. So is his collaboration with director Harold Prince on Evita and Phantom of the Opera, far greater commercial successes than Prince’s collaborations with Stephen Sondheim.

The most interesting parts of Unmasked offer detailed narratives of the creation and production of Lloyd Webber’s early work. He points out that his penchant for through-composed shows with little or no spoken dialogue is a result of his desire to be in full control of his productions, unlike Stephen Sondheim who depends a great deal on the contribution of the book writer.

His longest analysis is of his “Requiem,” his bid to be considered a serious classical composer. Like his idol Richard Rodgers, whom he thinks is the great American composer of show music, Lloyd Webber is as much a businessman as he is a composer.

His great discovery early in his career was the importance of holding on to the Grand Rights of any score he wrote. Others may take a cut of individual songs but he held on to the theatrical rights to the entire score. By the late 1970s he had created the Really Useful Company, which produced his shows and the shows of other writers and started buying some of London’s most important theatres.

Lloyd Webber loves to quote figures with, in parentheses, the current cash equivalent. This is a man in love with show business. It should be no surprise that in tandem with the publication of Unmasked, new multiple CD collections of his work are being released.

Above all, Lloyd Webber is justly proud of his gifts and as melodist. One can joke that his tunes always seem to have come from somewhere else. It was enlightening to discover that the tune for “Music in the Night,” which sounds like an imitation of Puccini, came from an unproduced musical entitled “Café Puccini.” Lloyd Webber’s best tunes, however derivative, are certainly catchy partly because, like Jules Massenet, another composer his work seems to echo, Lloyd Webber repeats his big tunes multiple times in his shows.

He is quite candid about his personal life. He lovingly presents his family and is most kind in his presentation of his first two wives (his third and longest marriage came after the period covered in this book).

He also shares his enthusiasm for Victorian architecture and art. There is little of the score-settling that is often part of this sort of show business biography. There was clearly bad blood between him and Tim Rice but this is overall a mellow book.

Unmasked covers the years of Lloyd Webber’s great success. The second volume, if he writes it, will be a saga of minor successes and major failures. He admits that none of his productions between Phantom of the Opera and his current opus, School of Rock (more typical Broadway than his usual work), broke even.

The era of the British pop opera ended with the 1980s, and we are now in the age of Hamilton and Dear Evan Hanson, far cries from the old-fashioned hokum of Phantom, which, despite Lloyd Webber’s attempts to imitate it, was a one-off.

Baron Andrew Lloyd Webber is 70 now. He has passed through a period of theatrical failure and ill health. He doesn’t seem eager to merely rest on his laurels as arguably the most commercially successful composer in the history of musical theatre. Unmasked gives us one chapter in his continuing career.