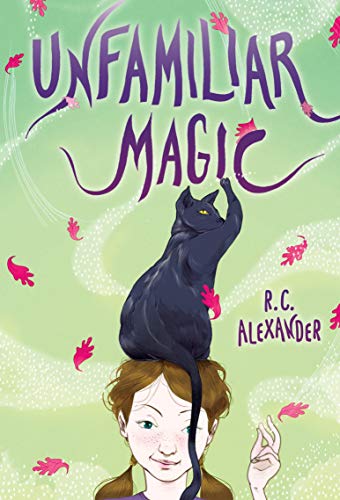 Desdemona was born a witch. For as long as she can remember, her mom, Callida, has dragged her and their beloved feline, Devalandnefariel—who is also her mom’s familiar—all over the globe. The threesome have fled, running from something Desi cannot discern, and something her mom will not disclose. When they settle in a nice home in Minneapolis, Desi can’t help but wonder when they will leave again. She finds solace in “Devil,” the cat, who provides her with hours of calm entertainment. When Desi becomes acquainted with the neighbors, she is surprised when the feline takes to Bob, the older of two brothers, for Devil has always been standoffish.

Regardless of the cat’s preferences, Desi feels an instant kinship with the younger brother, Jarrett, who is her age. She wants to befriend her neighbors to feel like a normal kid, but Callida has other plans—such as lining the perimeter of their new home with “guarding gnomes” and other witchy endeavors. Then, in order to give the appearance of a nuclear family, Callida conjures up a “golem” to represent Desi’s father—a father Desi has never known and whom Callida will not discuss. While Callida mixes her potions and prepares her spells to protect their new home, Desi only wants to help her mother and learn her magic; but Callida does not have the time or patience. This, of course, frustrates Desi.

Before long, Callida again flees in desperation to parts unknown, but only after transforming Devil into a teenage girl—much to the cat’s distain. With strict orders for the teenager to look after her daughter and keep her safe, Callida leaves without explanation. Angry that her mom left without even a goodbye, Desi becomes bored and tries a few spells and tricks of her own that go seriously amiss.

Devil—now renamed “Cat” to fit her new incarnation—will not leave Desi’s side, making Desi resentful and frustrated because the girl/feline cannot adjust to her new station. Bob has become smitten by Desi’s “cousin” Cat, and the four of them, including Jarrett, make a “date” to get sushi at the mall—in pursuit of the raw fish that Cat is craving, for human food does not satisfy her.

Desi and Jarrett make several forays to the mall where they become engrossed in a magic store. The owner, who senses Desi’s “gifts,” befriends her, much to Cat’s disapproval. From here, matters go from bad to worse, and Desi finds herself in a calamitous situation that she cannot manage.

Mr. Alexander has written a delightful tale that is quite bewitching. His sharp wit, along with a creative and thoroughly engrossing plot will pull the reader in from page one. This is one very magical book!