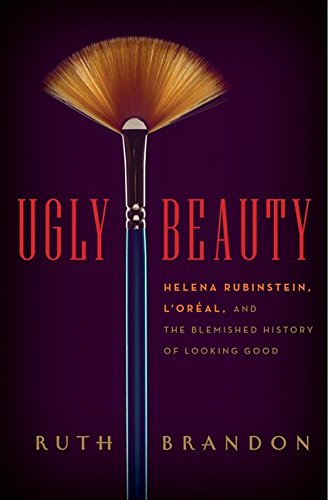 This tale about the real life founders of two of the greatest cosmetic companies was pregnant with possibilities of great gossip and fascinating, untold historical facts. Unfortunately, the saga gets sidetracked from its two main protagonists several times during its telling.

Madame Rubinstein, of very humble Polish and Jewish extraction, clawed her way to the top via sheer will and an uncanny ability to assess the desires and insecurities of her female clientele going as far back as the turn of the 20th century.

She was, in fact, one of those insecure, unsure ladies, but she was able to turn herself into a millionaire way before the crash of 1929, and she chose to disguise her lack of natural confidence with grand purchases of fine jewelry and fine art. She was also keenly aware of her image and sensitive about what people wrote about her, her lifestyle, and her empire. But Ms. Brandon devotes precious little space to the story of Madame Rubinstein, instead concentrating mostly on the origins and history of cosmetic giant L’Oréal.

At first, the founding of L’Oreal—which started out as a business built on hair dye—was very enlightening and informative. The author delivers a truly vivid portrait of its founder, Eugene Schueller, and his humble beginnings. Yes, Mr. Schueller was from the Jewish ghetto as well, but he was much more of a chemist and scientist rather than an esthetician like Ms. Rubinstein.

Once Mr. Schueller is introduced, there are many diversions that pop up in the story. We are tangentially brought into the politics of the times, which include some questionable associations of the protagonists, anti-Semitism, and the human costs of two world wars. Many of the side stories are political in nature and very few seem to relate to the story’s two primary personalities.

Ugly Beauty is really told as two separate stories, and most of its 304 pages are spent in discourse on Mr. Schueller’s politics, political associates, the antiSemitism of the WW II era (both during and after the war), as well as the inner workings of orchestrating the success of L’Oréal into a worldwide giant. Much of this material is interesting, but Ms. Brandon spends too much time dissecting these topics in excruciating detail and then turns the story into a treatise on women’s beauty habits and affinity for cosmetic surgeries.

There is much to be learned from Ugly Beauty, but Ms. Brandon could have tried to weave the telling of these two greats more cohesively. Perhaps there were really two books here and not one.