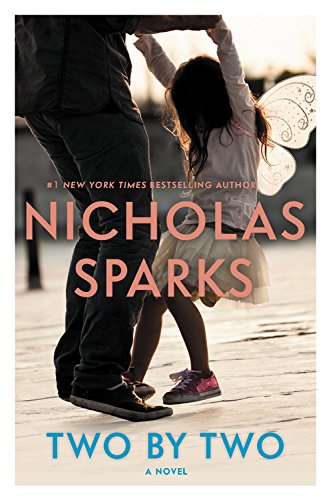 What is the definition of the “perfect life”? Does it mean owning a wonderful home, having a beautiful wife, a daughter you adore, and an executive position for which you've worked hard at for 13 years? Russ Greene has all this and believes things could not be any better. Sure, his work is stressful and he doesn't get to spend as much time with Vivian or five year-old London as he'd like, but isn't that the price one pays to have it all?

Russ’ one frustration at how much money Vivian spends, but he can't fault her, as she agreed to be a stay-at-home mom and raise London while he supported the family. So as charges mount up, Vivian dresses in style, which is not lost on Russ' womanizing boss Jesse Peters.

Russ remarks about this to Vivian, making her angry so she turns a cold shoulder to Peters, which ticks him off. Peters soon finds ways to belittle Russ, so perceiving the inevitable he decides to open his own firm. He experiences difficulty attaining clients, thanks to Peters blackballing him while assuring Vivian their savings will carry them. She does not alter her lifestyle, and Russ denies her nothing.

A few months pass with depression and dissatisfaction setting in, and Russ discerns Vivian pulling away from him and becoming combative. She lands a well-paying job with a man Russ considers cutthroat and devious, yet his say doesn't matter. What was to be part-time to help with bills turns out to become more than full time with Vivian traveling constantly. Russ is left with child care and household duties as well as getting his new venture off the ground. When Vivian is home, she never lifts a finger, showing her passive-aggressive, boorish, and completely selfish side.

Russ understands his marriage is faltering, but he loves his wife and gives into her at all times. The one benefit of their situation is he is able to spend more time with London, and they build an unbreakable bond. With his parents, his sister Marge and her partner Liz living close by they become a sounding board.

Vivian travels often from their Charlotte, NC, home allegedly to assist her employer in opening a new office in Atlanta. Vivian is secretive about her life, and Russ ponders relocating to keep them together as shown in this paragraph:

"And yet . . . if I suggested the possibility of moving the family, I wasn't sure how Vivian would respond. Would she even want that? I felt as though Vivian and I were sliding on ice in opposite directions, and the more I tried to hold on to her, the more determined she seemed to pull away. She had a desire for secrecy that nagged at me and while I'd assumed that we'd support each other in our employment challenges, I couldn't shake the feeling that Vivian had little enthusiasm for that kind of mutual reliance. Instead of she and I against the world, it fell like Vivian against me."

Russ descends into despair, questioning himself at every turn, wondering what he did wrong to cause this dissension.

Russ's angst is palpable, but one cannot evade speculating why he does not “man up”! Why is he so agreeable to Vivian, even to her outrageous demands? Both he and Vivian love their daughter, but Russ becomes a doormat with Vivian's threats and accusations. Though sympathy is natural toward Russ, he needs a good kick in the butt.

As usual for Sparks, he touches the soul of emotions while giving the reader a lot to complain about. Russ's struggles and pain escalate throughout the novel, concluding in a manner one would expect with Russ's nature, though that doesn't necessarily leave one cheering him on.