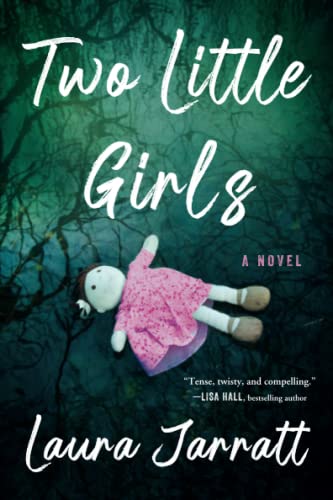 Lizzie and Dan Fulton are barristers in the United Kingdom. While Dan, a defense attorney, handles a job Lizzie could never imagine doing, she deals with custody issues. She understands everyone is entitled to a fair trial, but how can her husband get a client acquitted if they are guilty of a horrendous crime?

Though they deal with stressful careers, they have a lovely home and are blessed with two daughters: Portia, somewhat of a typical but sullen teen at 15; and Becca, a precocious six-year-old. Lizzie never thought she’d have another child after Portia, and she endured frustrating fertility trials, which never allowed her to conceive. They decided to adopt, and at ten months, Becca was born to an alcoholic mother who gave up her rights after social services claimed her to be unfit. That’s when Becca joined their family.

The novel commences with Lizzie on a getaway vacation with her daughters at the end of October. Dan is too busy to join them, so they go to the Scotland border for several days and enjoy “girl-time.” Now, the girls are sleeping in the back seat on their way home. Lizzie dreads the five-hour drive back home, wishing she left earlier so she wouldn’t be driving in the quickly approaching night.

“A sudden flash of light ahead catches my attention. There is a flash in the distance, through the trees, but then it’s gone. I strain my eyes into the darkness, but there’s nothing beyond the beam of my own headlights.

“Odd. There doesn’t seem to be another car coming, yet I had the distinct impression that the light came from the trees. Of course, it’s hard to say for sure on a road this winding.

“I think I see a shadow moving on the road ahead, and I peer out beyond the light coming from my own car headlamps.

“There is something; I really think there is.

“Yes, there, just there. I can see something moving.

“Something's definitely moving.
"The shadow comes at me fast, and I pull my foot off the accelerator.

"It's coming at me. I can hear it. I wrestle the steering wheel to the side. I can't hit it. It will kill us.

"I swerve the car to the other side of the road, but I can't get out of the way. I'm swinging the wheel, and I can't see. Those lights, they white out everything.

"I jerk the wheel again.

"We hurtle off the road, and something crashes into the windshield. Glass showers me, and I brush the shards from my face with one hand as I desperately hand on to the wheel with the other.

"A low branch hit us, I think. At least it didn't take out the headlights.

"The road is gone, and the car is careening down a bank, jolting and shaking so badly that I can't keep the little control I have.

"I'm braking frantically, but the car keeps going. We hit something, and the steering wheel is pulled from my grasp.

"I hear Portia's frantic voice behind me as we hit something again, and the car nearly flips.

"Nothing above us or below.

"I am flung toward the roof as the car spins silently in the air, and then I smash down in the seat again.

"I realize, as I hear Portia's scream, that we aren't going to come out of this. That my daughter's scream will be the last thing I hear."

Trying not to panic, she realizes the car is plunging into the deep cold water of a lake. Shaken, her first thought is to save the girls, but as the freezing water envelopes the vehicle, she struggles to unhook her seat belt. The water rises quickly as she frees herself and behind her. She manages to grab the semi-conscious Portia and drag her out and over to the bank, realizing her child is in bad shape. Though half-frozen, she again heads into the murky water to save Becca, but it is impossible to find the vehicle; it sinks deeper into the darkness, and she realizes Becca could not have survived this long. Knowing that if she kept trying to rescue Becca, she would also perish.

The next thing Lizzie knows is waking up in the hospital and unable to remember any aspect of the accident. The police question her, believing she fell asleep at the wheel, and they are skeptical about her blank memory. Dan is with her, and though beside himself with the pain of losing Becca, he is relieved Portia and Lizzie are safe.

While Lizzie recovers, she's tormented by grief as well as guilt. Why did this happen? And why couldn't she have saved Becca? Did she consciously choose Portia because she is her flesh and blood? What was she thinking? Though her memory escapes her, she is adamant she did not fall asleep.

She and Dan now have the task of trying to learn the truth. Ready to be arrested, Lizzie is steadfast in her innocence, but how can she prove it? Did someone run her off the road? And was this a deliberate attempt to cause her to crash?

When her car is pulled from the lake, they find evidence the brake line has been severed. Of course, Dan is the first suspect, but that cannot be possible. He loves his wife and his girls. Dan tirelessly plows through his files to determine if a client whose case he lost and had put away was looking for retribution. Or is someone angry at Lizzie for losing custody of their child because of her? This becomes a complex and puzzling situation, and law enforcement proves to be of no help. They don't want to consider some stranger perpetrated this, sure it was Dan, though when he brings them names of those convicted who stated having a grudge against him, they unwillingly check into those Dan suspects.

As Lizzie and Portia recover and are back home, the family slowly falls apart. Portia seeks privacy in her room and is withdrawn, not seeing friends or going out. As they worry about her, their main concern is finding out if someone did attempt to kill them. Will the person try again?

Dan is sure this is a deliberate act, convinced a convicted client of his is responsible, though he's in prison—but nothing can stop anyone from getting revenge if their mind is set on it.

As time drags on, Portia thinks someone is following her, but Dan and Lizzie brush it off as nerves until Lizzie spots someone sitting in a red car—and it always seems to be around. Lizzie tries to be nonchalant to learn this person's identity and why they are being followed. As this family dynamic is falling apart, Lizzie is on to her "stalker."

Two Little Girls is a highly emotional tale about the loss of a child and the guilt included with this. Tension abounds, and the author's short, forceful sentences add to the suspense, making one wonder who could be responsible for this heinous crime. When Lizzie learns it, the truth is shocking and unexpected, and Lizzie's reaction to it causes endless speculation. Told in Lizzie's voice, her actions are hair-raising. Also, adding to the suspense, a mystery person, "the stalker," shares comments in separate chapters. This heartbreaking situation makes the reader question: What would I do if this happened to my family or me? How would anyone else handle this unfortunate scenario? The saying, "Don't judge until you're in another person's shoes," proves fitting, and this haunting story will stay with you long after finishing the book.