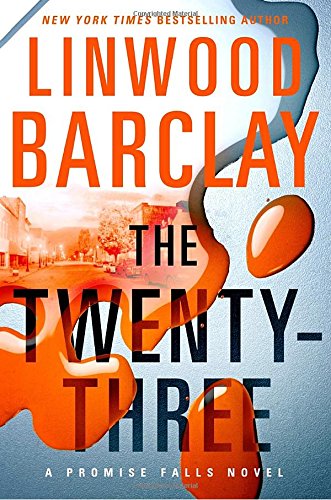 The quiet upstate New York town of Promise Falls is having big troubles. Most of the residents are becoming sick, causing a disastrous situation. With symptoms of light-headedness, severe vomiting, visual disturbances, and irregular heartbeat, librarian Patricia Henderson is the first to succumb to this devastating illness.

As more of the townsfolk fall ill, Hillary and Josh Lydecker report their 22-year-old son George is missing, and they are beside themselves with worry. Though a rebellious kid, he never stays away from home for long. To add to their fear, their younger daughter texts them from upstairs stating she thinks she's dying.

Before long, the village is in chaos. People are passing away with no clue as to what is causing their illnesses and deaths. This all happens after a series of strange events recently took place.

The town's water is found to be tainted, and officials traverse the streets with bullhorns warning people not to drink from the tap. Who is contaminating the water and trying to destroy Promise Falls?

In addition to this madness, Detective Barry Duckworth is called to nearby Thackeray College after a student is killed. Upon his investigation, he notices this murder carries the same M.O. as that of two other young women within the past few years. One of those had been Olivia Fisher, engaged to marry a local named Victor Rooney. Due to meet at the park the day she died attacked, Victor was late, and though her screams were heard by many, no one saved her. Did Victor go off the deep end doing this as a form of retribution?

Duckworth, "speaking" in his own voice throughout the novel, speculates: "Just how angry was Victor Rooney about this town's failure to measure up? Angry enough to get even somehow?

"Angry enough to start sending out messages? Like twenty-three dead squirrels strung up on a fence? Three bloody mannequins in care ‘23’ of a decommissioned Ferris wheel? A fiery, out-of-control bus with ‘23’ on the back? And then there was Mason Helt and his hoodie with that same number on it, and what he had supposedly told the women he's assaulted. That he didn't mean to harm them, just to put a scare into them. That it was kind of a gig?

"And finally, there was today's date. May 23. A day Promise Falls would never forget. In a year or two or even less, some would suggest a memorial in the town square with the names of everyone who had died this day."

Barry is up to his armpits in problems and adding to them is former Mayor Randall Finley, who plans to regain his position. Finley owns a bottled-water company, and though known to be underhanded and devious, he shows up offering his product without charge and demonstrates a great determination to help. Barry wonders if he poisoned the municipal supply to regain everyone's respect.

With a cast of many characters, this third edition of the Promise Falls trilogy can be somewhat confusing, yet the tale does stand on its own. It is a genuine page-turner filled with suspense. The reader will be eager to read the first two books to gain a clearer insight into this third offering. And when you think you may have this crime solved, Linwood Barclay surprises with an extra twist.