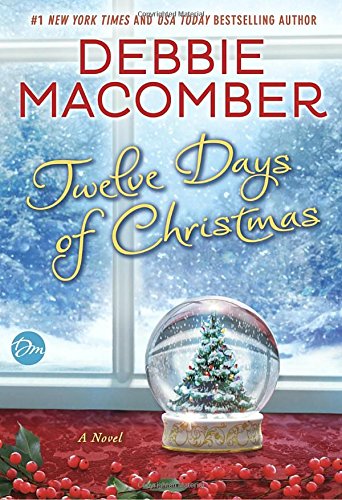 Julia Padden, a salesclerk in the men's department at Seattle's Macy's, is upbeat and vivacious. She has worked there several years while attending school to attain a degree in communications yearning for a higher-paying job in a field she loves. A coveted position is now open but lies between her and another candidate with the deciding factor going to whoever writes a blog that gets the most traffic. This endeavor becomes disconcerting for Julia does not know who her competition is, and her current Christmas decorations theme does not seem popular.

Julia groans when she steps into her building's elevator on her way to work and encounters her surly neighbor, Cain Maddox. The man sets her teeth on edge with his demeanor and never acknowledges her cheery "hellos." To make matters worse, she catches him red-handed stealing her newspaper. Confrontation doesn't faze him, which only angers Julia more, making her phone her best friend, Cammie for advice.

Cammie, ever the optimist, has the solution: "Kill Cain with kindness and write about it." Julia is indecisive, but after much thought decides to go ahead with the plan, entitling her blog "The Twelve Days of Christmas."

Her first entry reads as follows:

I'm wondering if anyone else has encountered a genuine curmudgeon this Christmas season? This reason I ask is because I believe Ebenezer Scrooge lives in my apartment building. To be fair, he hasn't shared his views on Christmas with me personally. One look and I can tell this guy doesn't possess a single ounce of holiday spirit. . . .

Just this morning I discovered he was something else: A thief.

She concludes her post for the day, adding, "I'm not convinced kindness can change a person. We'll find out together. I welcome your comments and ideas. . . ."

The next day upon seeing 50 hits on her page, Julia is surprised and delighted. She thinks she may be onto the start of something. She buys Cain coffee at Starbucks, where he usually stops in the morning, and she brings him homemade cookies, both of which he rejects. This proves to Julia what a Grinch he is and gives her the impetus to place more effort into softening him up.

Before long, her daily posting garners several more readers with many offering suggestions. In addition, Cain's tough outer shell begins to crack, and to Julia's astonishment, she finds herself falling in love with him. When he discloses things about his past, she fears she's made a mistake with her blog. She wonders what Cain would do if he knew she was writing about him and if it would end whatever closeness they are starting to share. As much as Julia wants this new job, is it worth the risk of hurting another?

Twelve Days of Christmas is a charming, heartwarming holiday tale. With poignant characters and an enchanting plot, Macomber again burrows into the fragility of human emotions to arrive at a delightful conclusion.