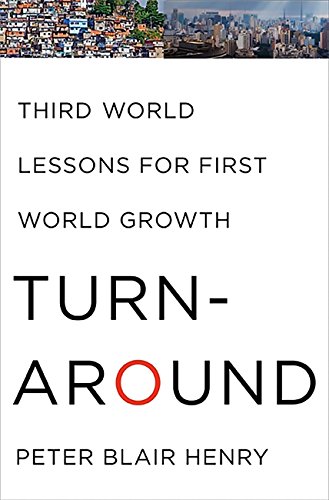 “This book should have been titled Thinking Inside the Box About Third World Growth.”

About seven years ago, this writer ran a round table in Dubai about management in local companies; the object was to learn if companies in the Gulf had an approach to management that could teach the rest of us some lessons.

Seventeen managers from around the Gulf showed up, and, at least in some small ways, offered some creative ideas from which we could learn. Much of it involved bridging the gap between consensus management and autocratic decisionmaking; but the original ideas ultimately made for a worthwhile business magazine article.

When we learned about a book by a well-known economist about lessons to be learned from Third World countries about economic policy, we were all ears. Everyone knows that the BRIC nations, along with the other, unofficial BRIC nations, are our best hope to pull out of this dragging global economy now that continuing slow growth around the world, despite government intervention of various sorts, has us all teetering still on the brink of recession.

We were delighted to learn that there are successful approaches to economic issues emerging from particular Third World countries that could be applied elsewhere.

It is therefore vastly disappointing to read Peter Blair Henry’s book, and to look, in vain, through the 240 pages for an original idea or a lesson that we haven’t already heard of elsewhere.

A “lesson,” by definition, should teach something, but Mr. Henry’s lessons consist only of the the most orthodox and ordinary economic policy, ideas that we’ve all been hearing for many years from many different sources. While it is true that some Third World countries have been applying these ideas for the first time in the past two decades, they hardly constitute new “lessons” for the rest of us.

Here’s a sample lesson: “The globalization of the world economy—that is, the interconnectedness of markets for goods, services, and capital—provides our greatest hope for helping people . . . lift themselves out of poverty, and economic reforms are a necessary (but not sufficient) condition for countries to take full advantage of globalization.”

Mr. Henry is, of course, talking about liberal economic reforms. This is the gospel of globalization as preached by Thomas Friedman and so many others. We believe it . . . so do many others (though not everyone) . . . but is this a lesson from the Third World? Not really.

Similarly we learn that inflation inhibits productivity. So when countries like Brazil got inflation under control, in the mid-1990s, productivity increases ensued. Of course, with a currency that was once again of some value, these countries also began to attract foreign investment. And returns on the stock market investments picked up.

From this we learn:

“The good news for developed countries, however, is that the experience of Latin America tells us that low-growth countries need not be low-return countries. Future growth in the emerging world may significantly outstrip GDP gains in advanced economies, but that does not mean that First World stocks will underperform . . . In the same way that Latin American stock markets transitioned back to their steady-state P/E ratios and delivered stronger total shareholder returns than Asia from 1985–2005 . . . developed-country stocks could outpace Asian markets over the course of the next decade.”

This is, of course, dependent on our governments’ embracing liberal economic reforms to raise productivity and to improve competitiveness—if we cut our debt. Anyone hearing anything startling and new here?

It is, of course, the European countries with their social welfare policies—the bêtes noire of all liberal economists—who must make the most structural policy reforms. (Mr. Henry advises Europe to make “disciplined choices with respect to spending,” but praises the IMF for its “gradualist approach to deficit reduction.”).

Mr. Henry seems to ignore the health care debate that has just gripped the U.S. through two presidential elections: Remember, Professor Henry, health care in Europe works, health care in the U.S. still doesn’t? One would think a former advisor to the Obama administration could get this right; and this same policy objective is regularly covered on the Wall Street Journal editorial page, so it is hardly a new lesson from the Third World.

Another chapter teaches us that openness to trade is a virtue. Another, that welcoming foreign direct investment is a good idea. Need we go on?

Overall, the book is filled with history. Of China, as it moved from a protected to a more open economy, one that seems more like a market economy. Of Brazil, as it found its way out of an inflation ridden, government dominated economy into one that looks very much like those of the West. There are many well-documented histories and narratives of third world countries, their challenges, and how they handled them.

None of this is news, or provides a lesson.

But the information compiled here would undoubtedly be useful to the student of world history.

This book should have been titled Thinking Inside the Box About Third World Growth.