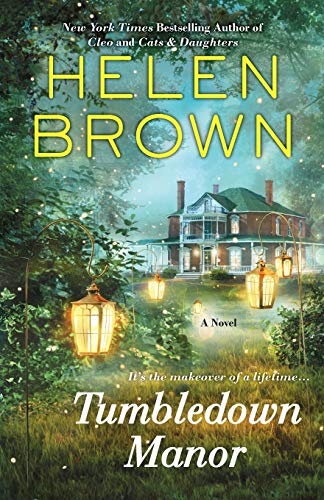 Lisa has survived breast cancer and reached her 50th birthday only to discover, in a most humiliating moment during her surprise birthday party, that her husband has been cheating on her. This is the catalytic moment, surrounded by children and family she rarely sees, to wondering who she really is and what she really wants. What she decides to do next is move on, literally.

Returning to Australia from New York, Lisa rediscovers her family’s ancestral home is for sale, and very quickly Lisa begins to overhaul her entire life. Lisa is an author of historical fiction based on the Bronte sisters and acts much like the dramatic, overwrought heroines of so many romance novels, which becomes quickly tiresome to read: Lisa’s intuition and knee-jerk reactions, and the florid prose describing certain nostalgic moments she experiences drench the reader over the first few chapters making this book rather saccharine.

Helen Brown has cleverly created hidden the contemporary romance novel most readers will expect out of Tumbledown Manor in a bildungsroman for the middle-aged woman. With a heroine come the antagonists—the ex-husband, the ungrateful (but flawed) daughter, and the over-protective and know-it-all sister—and the hurdles she must overcome: a dwindled nest egg, being a semi-stranger in a homeland she’s been too long away from, and a breast-cancer survivor who refused the plastic surgery for a replacement breast.

Unfortunately, Brown also panders: she includes a gay son for Lisa who is a background figure and a daughter dealing with body dysmorphia who is a stereotyped L.A. creature; these two character smack of tokenism.

Lisa is a good reminder to those women going through or coming out of breast cancer treatment that they are still sexually and emotionally viable and worthy humans. Readers are reminded about the scar across Lisa’s chest or the missing breast only on occasion, which is, whether or not purposeful on Brown’s part, recognition that a person’s entire being does not and need not center around a breast (or breasts). Lisa does find romance and, with her age, acceptance of her altered body.

Unfortunately, Lisa is also a thin-shamer and insults female magazine models in an attempt to bolster her beauty beliefs about her daughter. People are differently bodied; there is no need to encourage a comparison in this work of fiction or any other that insults models. Instead of punching down those women who are often preyed upon by the fashion industry, Brown should punch upward at those who make the industry and encourage the problems.

The novel doesn’t do a very good job of developing context. Aside from a few language differences and a couple of narrative points (i.e. driving on the left side of the road), readers could easily be in the American South as much as Australia.

Tumbledown Manor at first read like a farce of manners, but upon recognizing the seriousness with which the reader is meant to take the wild reactions of Lisa toward her soon-to-be-ex-husband and her outlandish temper tantrum, it will be difficult for some readers to connect with the protagonist.