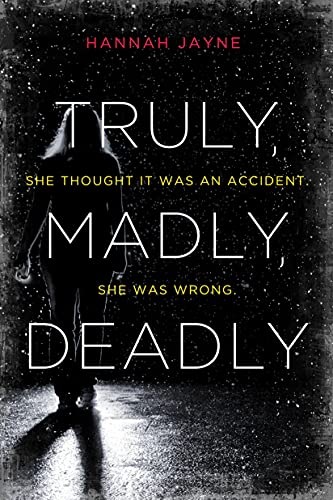 “Readers aged 14 and up are sure to enjoy this well constructed story.”

Sawyer Dodd seems to live a charmed life. An attractive star athlete at her high school, a member of the choir, and an A-student, she is well liked by both students and faculty. That is until the death of her extremely popular boyfriend, Kevin, changes everything.

Sawyer’s relationship with Kevin is not what it appeared to be on the surface. Privately, Kevin was controlling and abusive. His behavior frightened Sawyer. The couple’s seemingly idyllic existence begins to unravel when Kevin dies in a drunk driving accident. Sawyer feels guilty and depressed, but also secretly relieved that her ordeal is over.

Chloe, Sawyer’s best friend, softens Sawyer’s loss by trying to be all things to her. At the same time, a couple of male classmates attempt to get close to Sawyer but she finds herself unable to let anyone in to assuage her pain and guilt. Her once bright future darkens with the dawn of each new day.

Compounding her depression is the fact that her dad has remarried, and Sawyer’s stepmom is pregnant. Counseling fails to alleviate Sawyer’s pain.

Additionally, Kevin’s former girlfriend, Maggie, used to be Sawyer’s friend. That is until Sawyer began to date Kevin. Then their relationship instantly turned adversarial. Maggie travels with an entourage of mean girls and quickly becomes a thorn in Sawyer’s side. Making untrue accusations about Sawyer’s relationship with Kevin, the cruel cohort strives to make her daily existence unbearable.

As the police begin to uncover questions surrounding Kevin’s death—was it indeed an accident?—some incriminating clues begin to surface in the form of anonymous letters. Several strange items are found in Sawyer’s school locker, and vandalism occurs at her home as the mystery deepens.

Truly, Madly, Deadly is a well-written story targeting a young adult audience. Hannah Jayne supplies plenty of twists and surprises that will have readers guessing at who the real antagonist is. Her characters are multidimensional and feel real. Her descriptions of places and things draw the reader close to the story, and her ability to elucidate feelings and emotions brings life to her characters with lines such as: “Heat, like a live wire, raced down Sawyer’s spine.”

Readers aged 14 and up are sure to enjoy this well constructed story.