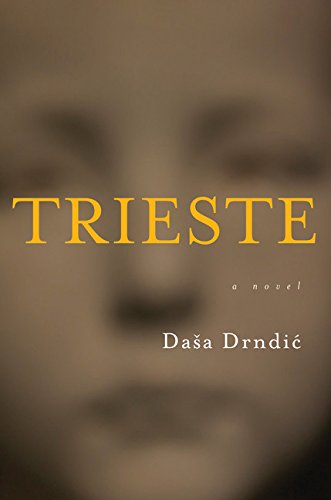 “. . . an attempt to use extraordinary tactics to shake our consciences, tear off our calluses, and once again remind us of the horrors of what humans can do to fellow human beings, and in particular, what people did during the Holocaust.”

Trieste is a powerful, disturbing, original, sometimes poetic, and sometimes boring collage of the Holocaust. It is also, just barely, a novel.

Ostensibly this is the story of the Tedeschis, a family of assimilated Jews living mainly in Trieste along the porous Italian border of the soon-to-collapse Austro-Hungarian Empire, starting in the early 1900s. They are so assimilated that many family members are baptized, marry Catholics, and even enlist in the fascist Italian army in World War Two.

In 1944 Haya Tedeschi, then age 20, has an affair—and a baby—with Kurt Franz, a former SS commander at Treblinka. When he is six months old, the baby, Antonio, is quietly kidnapped.

As the book begins, 62 years later, Antonio has learned about his past, and Haya is awaiting his arrival.

But that plot is just the thin wrapping for the real story: the story of bystander guilt and second-generation guilt. Those themes are told through trial transcripts, letters, bars of music, photos, poetry, footnotes, and even a 47-page list of the names of some 9,000 Italian Jewish Holocaust victims.

showing how “ordinary” Italians, Austrians, Swiss, Slavs, and other residents of Nazi-controlled territory managed not to see their Jewish neighbors being carted away, or even the concentration and extermination camps down the road. “For the bystanders, life becomes a small, packed suitcase that is never opened,” Drndic writes.

Trieste is also effective in revealing some little-known aspects of the Nazi dictatorship, like the mass “Lebensborn” kidnappings of Aryan children that ensnared little Antonio Tedeschi and the “Borghild,” or “disinfected [female] rubber doll in natural size,” that was supposed to satisfy the sexual urges of virile German soldiers on the front lines.

In one particularly chilling vignette, Swiss do-gooders form a bucket brigade to feed soup to Jews in the cattle cars that are briefly sidelined in Zurich en route to the extermination camps, to fulfill an agreement negotiated by the Red Cross.

But what about the novel?

How does Haya feel about her checked past and the looming, fraught reunion with her son?  Has she lived in fear all these decades that her Nazi liaison will be discovered? Did she hug the empty baby blanket every day? Did she have any other lovers? Who knows? She wafts through a few score pages of the book as a cipher.

Antonio is only slightly more filled out as an embodiment of anger, hatred, and guilt.

Apparently, this book wasn’t really meant to be read for the plot or characters, like a regular work of fiction. Rather, it’s an attempt to use extraordinary tactics to shake our consciences, tear off our calluses, and once again remind us of the horrors of what humans can do to fellow human beings, and in particular, what people did during the Holocaust. Through whatever vehicle a writer chooses, we can never be reminded enough.