Traveling Left of Center and Other Stories 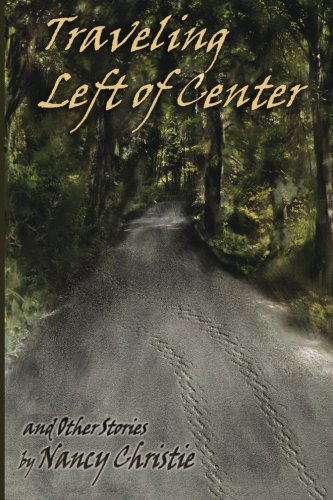 “Christie gives the reader a provocative slice of Americana that is equal parts real and gripping.”

With her book Annabelle, Nancy Christie delivered a tour-de-force. Annabelle presents an evocative analysis of human sexuality—a journey through the mind of a woman lost between desire and guilt, unable to adequately resolve the boundaries between paternal adoration, love, and sexual desire.

Traveling Left of Center and Other Stories carries the reader farther along this compelling road to emotional redemption or inevitable descent; a journey that often devolves into unanticipated tales of perdition. Christie’s well-developed characters and powerful dialogue propel the reader through broken relationships and unfulfilled potential.

Nancy Christie has mastered the challenging art of short-story fiction. She has found a concise way to fabricate commonplace fears and desires within plausible characters placed into vivid and evocative scenes. In Traveling Left of Center and Other Stories, Christie’s haunting narrative, dramatic personalities, and cogent dialog compel the reader onward.

In Christie’s short stories, the reader is exposed to characters whose often-distorted personalities lead to shattered dreams, unfulfilled expectations, and dark premonitions. We experience with one protagonist the emotional trauma and absorbing fear of personal invasion. In another, we feel the despair that comes from making the same mistakes in life or failing to achieve because of ineptitude and an unrealistic expectation for success.

In each story, the reader drops effortlessly into the emotional churning that lies just below the surface. We are penetrated by driving fear and uncertainty, left with a need to delve ever deeper into emotional oblivion.

Christie’s short stories often produce a protagonist whose character faults drive them to engage in inappropriate behavior. Like the compulsive gambler or the substance abuse addict, Christie’s characters understand in a visceral sense that their conduct is aberrant. Yet they seem unable or unwilling to adequately admit to or confront it. In this way, Christie gives the reader a provocative slice of Americana that is equal parts real and gripping.