The Trajectory of Dreams 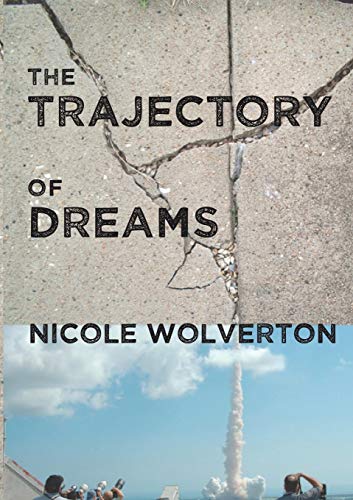 “Well written and engaging, this debut novel . . . takes us through the mind of a woman teetering on the edge of madness. . . . always entertaining.”

Lela White is a woman on a mission: sleep-lab tech by day, savior of the United States space program by night.

Ever since Lela’s mother admitted to causing a space shuttle explosion when Lela was ten, Lela has been obsessed with preventing another one. She’s spent the majority of her (mostly) solitary life examining the space program and it’s astronauts, and ensuring there isn’t another disaster. This includes stalking astronauts and breaking into their homes to watch them sleep. She honestly believes, in the depths of her madness, that she has an effect on the space program, and her every move affects not only shuttle missions, but the lives of the astronauts. She’ll do whatever is necessary to protect the noble work she’s doing:

If I ever had to kill someone, it would be for the good of mankind, not due to my own petty wants and desires. Every law I broke benefited mankind.”

Outwardly she appears a normal, if standoffish sleep tech and library volunteer. Inside she’s a hot mess of paranoia and madness.

When Lela meets cosmonaut Zory Korchagin—on loan to America from the Russian space program—he expresses romantic interest in her. She seizes the opportunity to be able to get close to him and watch him sleep without having to sneak around. As she and Zory become closer, he tells her a small detail about the space program that lets loose her insanity and throws her into a tailspin.

Lela’s madness jumps off the page, whether she’s going about mundane tasks, considering the best way to murder her pseudo-roommate Trina, or communicating telepathically with her talking cat.

“For just a second, I fantasized about slipping my hands around Trina’s neck, feeling the cords of muscle strain against my palm while I bore down. She’d gasp and claw at my fingers, and I’d squeeze, squeeze, squeeze.”

At no point can Lela be natural. Each thought and action is considered from every angle—hers and everyone else’s. She is in a constant state of battle with her own mind and with those around her, whether they know it or not.

Lela’s descent into madness is slow and agonizing, yet edge-of-your-seat enthralling. At no point is anything she says or does without some sort of condition or ulterior motive. Following her train of thought and her rationalization for her behavior is both exhausting and fascinating

Oddly, even after Lela performs some horrific acts, there exists some spark of sympathy for her, and a hope that she can somehow get well, or maybe get the help she needs to live a somewhat “normal” life. But as the collateral damage from her “mission” begins to mount, and the book races to a thrilling conclusion, Lela’s madness seems like an unstoppable force.

Well written and engaging, this debut novel from Nicole Wolverton takes us through the mind of a woman teetering on the edge of madness. It is at times uncomfortable, frightening, and anxiety inducing, but always entertaining.