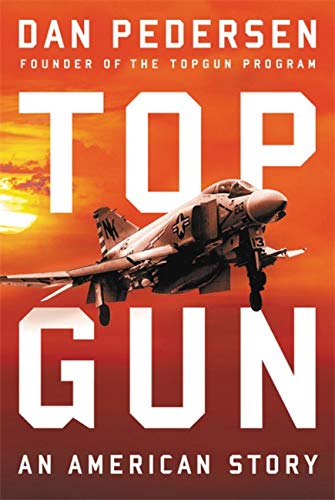 “This is a quick and easy read yet holds one’s interest over and above the actual Top Gun program development. Many of today’s aviators owe a debt of gratitude, and some their lives, to Pedersen and his Original Bros.”

By now, virtually everyone should be familiar with the U. S. Navy’s Top Gun program if for no other reason than the movie of the same name released more than 30 years ago (as with most Hollywood productions, it is not totally authentic, according to the author). In any event, this is the author’s own story, which also just happens to include how he was tasked with the establishment of what is essentially a graduate school for naval aviators.

Dan Pedersen was a young man in the 1950s who ultimately enlisted in the Navy with a specialization in aviation engine maintenance before receiving an opportunity to attend the Naval Aviation Cadet program. Graduating, of course, provided an officer’s commission, assignment to an active fighter squadron, and the freedom to fly nearly as often as he wanted.

A commitment to the Navy and flying meant there was little in the way of a personal life and eventually cost Pedersen who he considered the love of his life due to the long and frequent separations for training and deployment at sea during his career.

The format of the book is chronological, and each chapter takes the reader through the author’s many phases and deployments. He spent a considerable amount of time in California at naval air stations prior to deployment to “Yankee Station” off the coast of North Vietnam in the 1960s just as the war was beginning to ramp up.

Hamstrung by the existing rules of engagement enforced from the White House and the Pentagon the air war did go as well as it could have, with North Vietnamese pilots getting the better of American fliers in dogfighting encounters over the combat zone. With air-kill ratios nowhere near what they had been in World War II, it was obvious that a change was necessary with loss of friends and aircraft, frustration, and low morale affecting performance and results.

In late 1968, receiving orders to establish the program and get it up and running in a minimal amount of time with limited resources as a subordinate command, Pedersen did just that with his eight “Original Bros,” all of whom were accomplished fighter pilots in their own right.

The rest, as they say, is history as the program completely turned around the kill ratio in Vietnam and produced many more pilots who went on to assignments where they would be able to impart what they had learned to their squadron mates.

After his turn as Top Gun commander, Pedersen then went on to command the aircraft carrier USS Ranger off Yankee Station and later, after the fall of South Vietnam, aided in the rescue of many Vietnamese “boat people” escaping Communist tyranny.

He later resigned his commission and entered business even as his wife and children had suffered from the separations caused by his duty. Following a divorce, he reconnected with the above mentioned love of his life, marrying her. Now, in his eighties, he no longer flies but thinks back to what might have been had the military’s micromanagement and consequent pilot losses not been such factors in the early days of the air war in Southeast Asia.

This is a very personal memoir by Capt. Pedersen, told in the first person. It gives considerable insights into a number of events, incidents and programs that had such a significant impact in his life and on his career. Indeed, in some instances, it does make one wonder what could have been if circumstances had been different.

It is clear and well-written and includes a glossary of terms for those not so well-schooled in military acronyms and terminology. As a memoir, there are no notes or bibliography; however, the photograph section is a highlight and includes many shots in color with others of contemporary black and white.

The last chapter is a critique of the military’s apparent future reliance on the “it can do everything” F-35 in spite of cost overruns, unreliability, and a 27-year development program with its overemphasis on technology as opposed to simplicity and dependence on the human behind the stick. An appendix lists the commanding officers over the course of the fifty year existence of the program.

This is a quick and easy read yet holds one’s interest over and above the actual Top Gun program development. Many of today’s aviators owe a debt of gratitude, and some their lives, to Pedersen and his Original Bros.