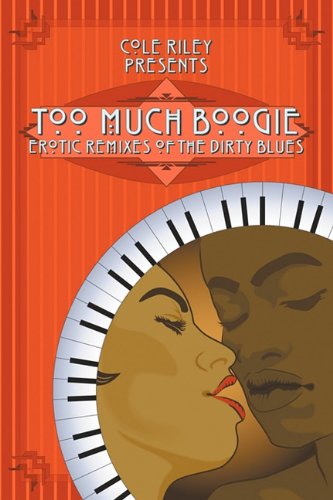 Cole Riley, an author of erotica in his own right, has written several street classics including Hot Smoke Night, The Devil to Pay, and the recent Harlem Confidential. Using the lyrics of dirty Blues sung by some of the more famous singers such as Bukka White, Bessie Smith, and Blind Lemon Jefferson, Mr. Riley teases the reader into the upper chambers of brothels, lovers’ hideaways, bedrooms, and back rooms for the mating game. In his own words, “Called the Devil’s Music, the stories of the blues go beyond jump turns, slow drag ditties, reel, jigs, minstrel songs, ragtime, or the buzzard lope.”

His superbly chosen selections include some of the best writers of erotica. Included are Alegra Verde, Kevin James Breaux, D. L. King, Jayme Whitfield, and Nick Nicholson. The stories begin and end within themselves, yet when viewed together they weave more than tales of heavy breathing, lust, and rampant sex. They create an indelible impression of a time gone by—an impression of a lifestyle, rich and hot as any blues song sung on a sultry night. One senses—no—one feels the tension of the splayed lives seeking their place and hoping for more.

Mr. Riley’s collection is an intimate portrayal of sexual abandonment, virile men, seductive women as well as the hurt and betrayal of promised love.

The collection is not for everyone, especially those who are offended by the vivid description of the sex act or by the use of the F word. Get past that, and you are caught up in a cry—a cry by human beings who hope life has more to offer than it has.