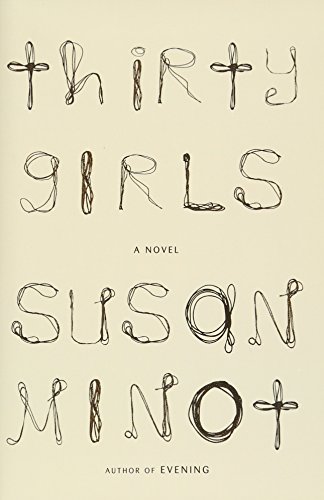 “Minot captures the poignancy of shared suffering and the brave choice to live . . .”

Stories give voice to human consciousness, linking one individual’s experience of the world with another’s. Stories assure that, circumstantial evidence be damned, none of us trembles alone on the planet. Stories convince, their discernible structures and coherence illustrating again and again that order trumps chaos, syntax harnesses passions, and meaning tempers despair.

Based on the actual events and aftermath of October 10, 1966, when members of the Lord’s Resistance Army invaded a Catholic girls’ boarding school in Uganda and kidnapped its 139 students, the novel centers on one girl, Esther Akello, and Jane Wood, the American journalist who interviews her after having fled her own unsatisfying, purposeless life in the States.

In the novel’s initially suspense-filled and terrifying pages, readers follow the school’s headmistress, a 70-year-old Italian nun of the Comboni Order, into the jungle where she confronts LRA unit commander Mariano Lagira, demanding the release of her students. After drinking tea and praying the rosary with the abductor in a seemingly implausible but nonetheless gripping negotiation scene, the sister finally assents to an insufferable agreement. “I give you . . . one oh nine. And I . . . keep thirty,” Lapiri tells her.

The episode is just the first of many in which elements of courtesy and propriety mingle with their mockery and perversion. For instance, the LRA calls itself a “family” whose leader Joseph Kony seeks growth through the births of many children. Consequently, the systemic rape of captured girls is dressed in the language and customs of marriage.

Captive “wives,” some newly pubescent, are forced to bear the children of their husband/abusers. Esther is one of them. The girls are simultaneously brutalized and idealized. They are rape victims whose maternity, according to the LRA, gives veritable life to a noble cause. Esther notes, “They [the LRA soldiers] were hitting them [the girls] and they were giving them bandages. There was no sense anywhere.”

Jane Wood’s travels through Uganda to locate and research CAAFIG (Children Associated with Armed Forces in Groups) place her in the company of ever-changing parties of American and British ex-pats whose lives appear to mimic those of earlier colonizers. Amid a stream of drunken evenings and brief, even tedious, sexual trysts, they impose themselves on a country not their own while striving to live as if in their ancestral homes. Jane becomes their transient guest, succumbing temporarily to a lifestyle that only fuels her melancholy and eventual loss. Though the ex-pats’ communities are often gated, they and visitor Jane learn soon enough that metal bars prove but ornamental, unable to hold back long-churning anger and its inevitable, fatal violence.

Minot crafts her tale to connect the lives of her ex-pat characters with those of Uganda’s own citizens. Her antiphonal narrative, alternating between the interior monologues of Esther Akello and Jane Wood, links the lives of two women, one a teenager forced into irrevocable terror and shame, the other a middle-aged wanderer seeking purpose and justification for her very being.

Minot’s narrative structure is a daring one. How can Jane Wood’s experiences, painful as they are to her, compare with those of Esther Akello? How can a reasonable reader care about, let alone feel compassion for a self-absorbed, free adult whose own choices have resulted in her dissatisfaction, longing, and sometime despair?

When Esther and Jane meet in a rehabilitation center for “saved” children, their disparate social classes, races, ages, and experiences dissolve. The two simply and exquisitely look directly at each other, each one’s experiences of loss (drastically different as they have been) sparking an electric shock of recognition between them. Jane’s own sense of shame allows her to understand Esther’s comment, “Sometimes I want to hit myself with stones.” Likewise, Esther, whose saviors assure her all is now well, wonders  along with Jane when people will finally decide that all we do to wound one another “. . .  is not okay.”

In the presence of Esther, Jane at last forgets herself. And Esther acknowledges Jane’s rapt attention. “She [Jane] was like the sisters.”

Perhaps the most telling scene of Jane’s epiphany is her breaking the journalistic code of objectivity. Becoming emotionally involved with Esther, Jane leaves her self-absorption behind. Her previous solipsism is replaced with incipient generosity and gracious acceptance.

Is this meeting of minds and hearts simplistic, credible? Every reader will have to decide. Whatever the response, Minot will have provoked thoughtful reflection about identity, loss, and memory.

Who are we? At the novel’s start, Jane is lost and Esther feels found. The adult is looking for herself in her work far away from home, ashamed at some of her life choices. The child finds herself in a wondrous school, certain of her future as a teacher. Circumstances abruptly change their self-definitions. Esther tells us, “Sometimes your spirit is so heavy you say to it, I cannot carry you around.”

How can we tolerate what is gone? Innocence. Hope. Love. Jane concludes, “The only thing to do with loss is to bear it.” Bearing it alone, both Esther and Jane find, is not possible.

What is the function of memory? It reminds us we are still alive, we yet have words with which to reshape and share our past. It is the telling of that past, that sharing, that helps us survive. “Without someone beside,” asks Esther, “what’s the point?”

Minot captures the poignancy of shared suffering and the brave choice to live in her memorable and disturbing paean to 30 girls.