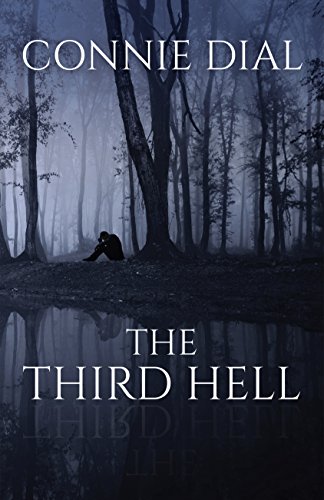 “The Third Hell is one hell of a good story.”

Nino Angelo, a retired LAPD detective, can’t quite sever all ties from his former career for a couple of reasons. First, a bullet lodged in his chest serves as a constant reminder of where he spent a large portion of his life. More importantly, however, is his son, Matthew, who has turned up missing.

Angelo tries unsuccessfully to discover clues about the missing boy from his ex-wife, Sidney, but she proves to be little help. The police set up the obligatory search and command post in the area, but it seems half-hearted to Angelo. He detects a certain reluctance on the part of the on scene supervisors to muster their forces and go all out. His gut tells him something’s not right.

Despite a shaky relationship with his son, Angelo dives headlong into the boy’s disappearance. He does love him and their last couple of outings seemed to have caused a thawing of the boy’s icy exterior toward his dad. The cops, the boy’s classmates, and even the mother insist Matt is simply a runaway. But Angelo isn’t buying what they’re selling. Granted the father/son relationship wasn’t the best, but Angelo knows his boy would not run away. Besides, none of Matt’s clothes or other belongings are missing from his room.

Almost immediately, Angelo makes an unlikely ally in the person of Detective Reggie Madison, his ex-wife’s boyfriend. He’s assigned to a special LAPD surveillance team and seems to have carte blanche regarding his work hours. In fact, the man is presently on an extended leave because of an unknown discretion, one he refuses to disclose to Angelo. This free time allows him to work exclusively with Angelo to help find Matt. While Angelo’s M.O. is the antithesis of Reggie’s, he overlooks the unconventional methods the aggressive detective likes to use because they produce quick results that are badly needed in Matt’s case. The two unlikely partners embark on a journey to line up suspects and determine Matt’s final hours leading up to his disappearance.

Along the way, Angelo meets the detective assigned to his son’s case. Her name is Charley Harper, and his first impression of her methods is unfavorable. Angelo is the typical parent of a child gone missing—he’s impatient and wants things done as quickly as possible. Complicating matters even more is that Angelo is retired and has no police powers of his own. Somehow, in the course of the investigation an ember of romance begins to smolder between the two which works to reign in the sometimes out of control retired detective. She provides the comfort Angelo is unable to find at the bottom of a bottle of booze.

Both Reggie and Angelo pick up on a vibe that something is amiss regarding the department’s handling of the boy’s case. Despite the department wanting to simply mark the case as a runaway, the investigation eventually grows to include the Catholic Church, a homeless encampment, a children’s home in Texas, a multimillionaire and his wife, and even a member of the LAPD. Murder, kidnapping, and child pornography become a huge part of this well laid out story that gets better with each chapter.

The author does a nice job of fleshing out the protagonist, Nino Angelo. He has a range of emotions from depression to elation, and while he is often wont to drink his troubles away, we never see him so out of it that he can’t function as a cop, albeit a retired one. His bourgeoning romance with Detective Charley is an interesting development to follow, lending a nice touch to an otherwise grim tale.

Detective Reggie, while seemingly one-dimensional vis-a-vis his hard charging take no prisoner persona, does show sparks of humanity at times. He has a soft spot in his heart for children, and despises anyone who would harm them.

How realistic is it for Angelo to interject himself so deeply into this case given he’s retired? Could he actually be allowed to sit in on interviews? Maybe. The author is a retired LAPD captain who spent 27 years on the job. We won’t second guess her. Admirable is her ability to make the story authentic. Her knowledge of the department and Los Angeles area was a definite plus.

The Third Hell is one hell of a good story.