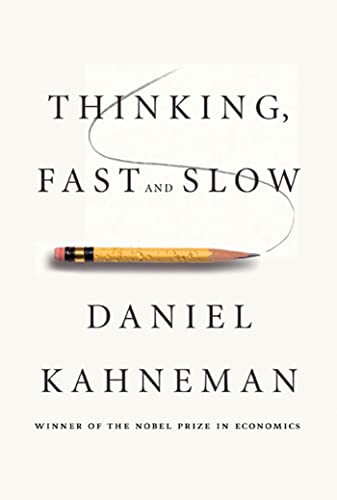 Albert Einstein famously proclaimed, “Problems cannot be solved at the same level of awareness that created them.” Substitute “thinking” for “awareness” and the daunting prospect of resolving contemporary economic problems and employment shortfalls is made immediately evident. Many of society’s problems are traceable not only to our thinking but to our awareness of the related efficacy of different thinking styles.

Deficiencies in contemporary thinking practices are readily evidenced by considering the consequences of flawed thinking. Today, our economic thinking is flawed in three ways: (1) reliance on the premise of economics that people are rational, yet evidence to the contrary is overwhelming; (2) the accelerated, fastforward pace of society in the 21st century promotes fast thinking, when evidence suggests that slow thinking is more likely to lead to better thinking; and (3) much thinking is not good thinking, if not overtly wrongheaded.

In Thinking, Fast and Slow, Daniel Kahneman, winner of the Nobel Prize in economics for his work with Amos Tversky on decisionmaking, presents his summation of lessons learned over a distinguished career devoted to thinking about thinking.

Though trained as a psychologist and working in that field—rather than the numbers, calculations, markets, and policy aspects of the economics discipline—Daniel Kahneman’s singular contribution is to challenge the now discredited premise of rationality, leading to the presumption of market efficiency, which is the foundation upon which modern finance theory and the economics public policy rest.

Thinking, Fast and Slow is an engaging, highly instructive tutorial on the two thinking systems: fast/intuition and slow/considered. The author comprehensively explores numerous aspects of the effective/appropriate and ineffective/inappropriate applications of these two types of thinking systems. In separate sections he explores many aspects of heuristics (decision rules) and biases, overconfidence, and choices.

A strong feature is inclusion in the appendix of the pair of seminal papers, published in 1974 and 1984, which were cited by the Nobel committee in commending his work concerning decision making, including “intuitive statistics.”

Today's thinking context is dominated by ever shorter attention spans. Attention has been identified as today’s most precious managerial resource. This reflects quicker pace, shortterm bias, market volatility, which all lead to faster decisions. Striking evidence of the pressure for faster, less reflective decisions is the famous observation by Bill Clinton, when president, that he was so busy that he only read retractions, as he had no time for reading the original news. If attention is in short supply, then the thinking is that is the basis for decisions is more likely to be fast than slow.

Disproportionate resources are devoted to low significance, shortterm issues, relative to high significance, longer term issues. While certain decisions are better made slowly than fast, there is ever greater pressure for near term resolution to such long term situations as the economy and various disasters/crises.

One of the fascinating findings, reported in the original Science article of 1974 and discussed in this book, is the propensity of people to be extremely mistaken in estimating numbers. When confronted with the task to estimate the product of 1x2x3x4x5x6x7x8—and alternatively presented as a descending sequence: 8x7x6x5x4x3x2x1—answers reflected phenomenal predictive errors, ranging from a factor of 20 to 80. Median estimates of 512 for the ascending sequence and 2250 for the descending sequence were only 1.3% to 5.5% of the correct answer of 40,320! This 95% to 99% underestimation factor from this experiment suggests it is hardly surprising that budgets are so often underestimated.

In another example of the pitfalls of fast thinking, the author relates an encounter with the chief investment officer of a major financial institution, who told him how he had just invested multiple tens of millions of dollars in the stock of Ford Motor Company. He made the investment after being favorably impressed by what he had seen at a recent automobile show, enthusing, “Boy, do they know how to make a car!”

Reflecting on this investment professional's lack of analytic rigor, the author writes, ”I found it remarkable that he had apparently not considered the one question that an economist would call relevant: Is Ford stock currently underpriced? Instead, he had listened to his intuition; he liked the cars, he liked the company, and he liked the idea of owning its stock. From what we know about the accuracy of stock picking, it is reasonable to believe that he did not know what he was doing.”

As ambitious as is the scope and exemplary is its execution—prepublication reviews by luminaries in the psychology and economics disciplines include such praise as “stunningly profound,” “masterpiece,” “landmark,” “tour de force”—the influences of place are insufficiently explored. This is curious, inasmuch as just last year the author co-edited a research volume exploring this very issue: International Differences in Well-Being.

The research recognized with the glory of a Nobel Prize in economics originated in Jerusalem. Describing his 14-year research collaboration with Amos Tversky, the author writes, “we spent much of our working days together, often on long walks.” How did this process inform the research? Had the surveys been conducted not with people in Jerusalem and not with students, might the results been different? Insufficiently explored is how representative is the particular research population studied in that place at that time.

Daniel Kahneman writes, “My main aim here is to present a view of how the mind works that draws on recent developments in cognitive and social psychology: including the marvels as well as the flows of intuitive thought.” He succeeds. Thinking, Fast and Slow is an engaging comprehensive seminar in print, taught by a wise, careful, deliberate thinker.

The author instructs as to the appropriateness of different thinking modes, posing problems and illustrating key points with entertaining stories, supported by summaries, distillations, and interpretations of the seminal research on thinking, both his own and that of other leading behavioral researchers. Thinking, Fast and Slow is concurrently knowing and sophisticated yet accessible in presentation.

Think fast: Buy this book. Read it fast. Then, read it slowly. Think—fast and slow—about what you read. Repeat.