The Things We Do to Our Friends: A Novel 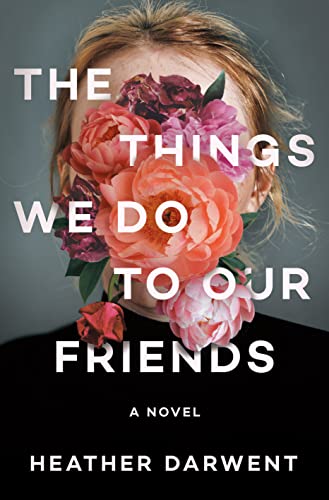 At first, it seems that The Things We Do to Our Friends will be another novel treading the path brilliantly carved by Donna Tartt’s The Secret History and David Hopen’s The Orchard, the creepy story of a young, naive outsider seduced by an elite coterie of fellow students into ultimately participating in a horrific, semi-mystical act of violence.

In The Things We Do to Our Friends, Clare, a lonely freshman at the University of Edinburgh, is thrilled when the charismatic, beautiful,, and wealthy Tabitha, Ava, Imogene, and Samuel flirt with her at the grubby bar where she works, then invite her to “come round for dinner.” As they pet and praise her, they slowly entice her into joining their “business project.”

The project involves being hired by wealthy women who suspect that their husbands might be cheating on them. But the Shiver (as Clare labels the group) are actually out to cause infidelity, not discover it; they deliberately lure the husbands into compromising situations. And that is only the mildest of this book’s transgressions.

When Clare asks Tabitha if she feels bad for the men, she replies, after some initial puzzlement, “Oh, God, no. . . . They think they can get away with anything. . . . It’s partly about using our skills, about making things right, but it’s more than that. It’s about us too, pushing ourselves past the ordinary.”

About a third of the way in, The Things We Do to Our Friends veers off from the path of the two earlier novels, becoming more like a memoir of an extreme misfit. Instead of the other books’ erudite discussions of Greek philosophy or Talmudic analysis, there are more backstories and bodily injuries.

To some readers the less intellectual path will be a disappointment. Still, this novel has its own virtues.

There are some piercing descriptions. For instance, when Ava laughs or smiles, “it was like her face wasn’t quite used to it and the muscles took a while longer to move those expressions into place.” The Scotland landscape “had a sharpness to it, as if someone had taken one of those undulating hills and torn chunks from it, bitten off sections hungrily.”

As the schemes and seductions grow increasingly intense, it becomes harder to believe that Clare doesn’t run away from the Shiver screaming. But that’s a problem pretty much inherent in the genre. (It’s also hard to believe that Clare’s non-Shiver roommates put up with her rudeness, silence, and filth for nearly two years.)

Overall, this debut is a page-turner that will keep the reader as glued as Clare is.