These Violent Delights: A Novel 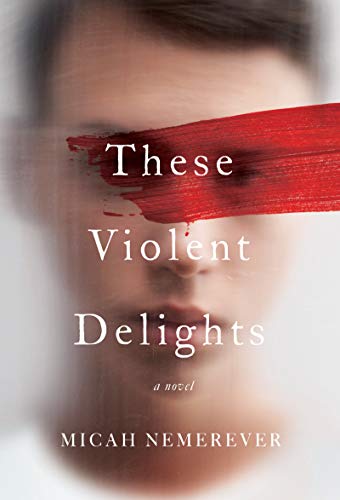 “There is no question that Nemerever is a gifted writer. The rich style, precise in description and filled with witty metaphor, carries one along.”

It is difficult not to think of the famous Leopold and Loeb murder case while reading Micah Nemerever’s elegantly written but overlong novel, These Violent Delights. In 1924, Nathan Leopold and Richard Loeb, two brilliant University of Chicago undergraduates, bonded by sex and a fascination with committing the perfect crime, kidnapped and murdered 14-year-old Bobby Franks. The crime, which they thought would be “the perfect crime,” was to be a demonstration of their intellectual superiority. They were caught and, thanks to Clarence Darrow’s brilliant defense, sentenced to lifetime imprisonment instead of execution. Loeb was murdered in prison; Leopold was paroled after 34 years as a model prisoner.

In Nemerever’s novel, two 17-year-old Pittsburgh undergraduates plot the murder of a stranger as a social statement and as a mean’s of strengthening their bond to each other. Nathan Leopold was an amateur ornithologist: the novel’s Paul Fleischer is an amateur lepidopterist. Nemerever is not particularly interested in the crime, which is depicted in a few pages. Nor is he interested in the arrest and trial. In fact, the book leaves the reader uncertain whether the two boys are ever tried for their crime. Nemerever’s interest is in the dynamics of the co-dependent relationship between Paul Fleischer and Julian Fromme.

Paul is a middle-class Jewish boy suffering from grief and repressed rage after his father, a highly respected police officer, has shot himself. Like many teenagers, Paul also suffers from powerful feelings of inadequacy and emptiness. He is solipsistic and deeply needy.

Julian is from a wealthy, powerful family. Paul’s mother, sisters, and grandparents pour huge amounts of love and concern on him: Julian’s parents are distant but controlling. Paul has already gotten in trouble for violently slamming his locker door into another boy’s face. Julian is alienated from his family because of his sexual relationships with other boys. When the come together, these two boys make a volatile combination.

While narrated in the third person, the novel is mostly presented from Paul’s point of view. Paul feels so empty and is so needy that he cannot trust Julian’s deep dependence on him. Julian must constantly assert his love by word and deed. Paul feels that Julian has the power in their relationship, but it is clear to the reader that, however casual and blasé he seems, Julian is dependent on Paul’s love and approval.

The violence in their sexual relationship increases. Julian asks Paul to hit him. Is it because Julian needs to be hit or does Julian perceive that Paul needs to hit? As the boys talk more and more about murder, Julian allows Paul to try to strangle him. More and more Julian’s and Paul ‘s happiest moments are when they are united in planning a murder.

It is 1973, the era of Vietnam and Watergate. The boys’ crime is to be a punishment for complacency in the face of great crimes. They find their victim in a Vietnam veteran who was quoted in a newspaper saying that Lieutenant James Calley was a scapegoat when he was convicted for the My Lai massacre—that what Calley did is normal in war. Here is the boys’ perfect victim: someone who accepted mass murder as the price of war. However, this is the pretext. More important, the murder would liberate the boys from the false values of their world. It was their means of happiness. The aftermath, of course, will be less happy.

The expressions of Paul’s misery and desire escalate because they never can be satisfied. Paul himself isn’t self-reflective enough to understand this. Julian does understand but he needs Paul’s insatiable hunger for him until it becomes totally destructive.

Do we really need 462 pages to dissect the workings of Paul’s mind and his relationship with Julian from his point of view? The novel is beautifully, elegantly written but it is repetitive and overlong. Julian often observes that Paul’s emptiness, unhappiness, and neediness can be tedious. Nemerever doesn’t seem to realize that they can be tedious for the reader as well. Here is a case where a novel would be more satisfying shorn of a hundred and fifty pages or so.

The focus on Paul’s perception of reality keeps other characters in the background. Julian’s parents are cardboard villains, caricatures of Awful Rich People. Paul’s family is more interesting, particularly in their awareness and denial of his guilt. He does not appreciate the extent of their love for him. Moreover, after the long journey through this novel, the ending is abrupt and unsatisfying.

There is no question that Nemerever is a gifted writer. The rich style, precise in description and filled with witty metaphor, carries one along. Still, These Violent Delights needed a more ruthless editor.