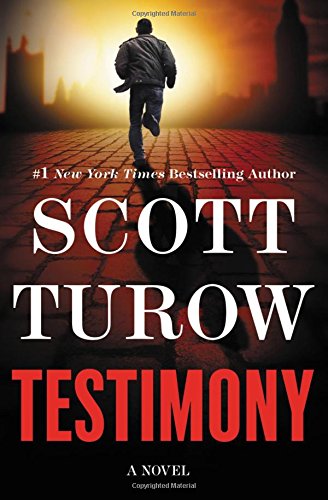 “a taut, tight, fast-moving thriller with a plethora of intriguing characters.”

“At the age of fifty, I had decided to start my life again. That was far from a conscious plan, but in the next four years, I left my home, my marriage, my job, and finally, my country.”

After a friend in the Foreign Service encourages him to take an appointment with the International Criminal Court in The Hague, Bill finds himself on an overnight flight to Amsterdam where he will embark on the most momentous and life-changing case of his career.

The charges are against Laza Kajevic, former leader of the Bosnian Serbs. The crime is the slaughter of an entire refuge camp of gypsies in 2004 after an abortive attempt by American troops to capture Kajevic. There is one survivor, and it is this witness, Ferko, on whom their entire case hangs.

The investigation takes Bill and Goos, a forensic anthropologist, to the site of the village to exhume a grave supposedly holding bodies. If that doesn’t pan out, the other task will be to dig into the collapsed mine where the rest of the village was allegedly herded and killed. Interviews with people from the surrounding villages, even relatives of those living in the camp, reveal those people know nothing, though all have opinions.

In his attempts to ferret out the truth, Bill soon is worrying about other things than confirming his witness’ testimony. He’s drawn to Esma Czardi, the representative of the European Roma Alliance. Charismatic, beautiful, and exuding sexual appeal, Esma has unsubtly shown interest in the American lawyer from the moment they met. There’s also his landlady, a part-Indonesian lawyer named Nara, married to an American currently back in the U.S.

In an interview with the former NATO Supreme Allied Commander, General Layton Merriwell, Bill gets some insight, but also somewhat of a government runaround. He recognizes in Merriwell a kindred spirit, for the general is now in disgrace, for falling in love with a years-younger female officer. Bill sees a parallel of sorts to his affair with Esma, but he’s certain he can keep job and sex separate. He’ll soon find himself very mistaken in that department when treachery, betrayal, and disillusionment set in.

When Goos and Bill get a little too close to something during their excavation, and the evidence not only doesn’t add up, but points in an entirely new direction, they find themselves looking down the barrels of  Zastavas without knowing the real reason why.

That’s when everything takes a bizarre turn.

In short order, evidence of U.S. involvement, people working both sides of the street, secret identities, and violent reprisals are uncovered, and it looks as if American troops stationed in Bosnia may have been involved.

This is a taut, tight, fast-moving political thriller. If anyone has ever wondered how a war crime is conducted or the workings of The Hague et al, he will find the information here. The explanations are anything but boring, however, beginning with the Prologue in which Ferko’s testimony is underway. Nothing is delivered in a pedantic, textbook manner. Narrated from Bill ten Boom’s point-of-view, it’s kept conversational but descriptive in wording.

In a novel this lengthy, with so much information and action is involved, a complete synopsis would give away too much of the plot.  With that in mind, this poor attempt at summary should be forgiven.

Interspersed with Bill’s experiences whenever he returns to the States, as well as his encounters with Esma and Nara, the narrative holds a plethora of intriguing characters, from the androgynous former army officer Attila, who could almost demand a novel of her own, to the ferret-like romany Ferko.  The dialogue doesn’t meander or become extraneous; there is sensuality and violence, mentioned briefly but plainly in a flurry of sensation. The descriptions of the places Bill goes during his investigations, as well as his off-hours, paint vivid mental pictures of both Amsterdam and environs, as well as Bosnia.

If there’s one fly in this well-written ointment, it’s the ending.  At the point where the reader is hanging on to the narrator’s every word, hoping the best for him, the story simply stops.  Surely a page more, perhaps even a two or three sentence epilogue, telling us the result of that last sentence and whether its implication was correct, would’ve sufficed.

All in all, though this novel is too long to be read in one sitting, once the reader picks it up, he will undoubtedly not wish to put it down. When necessity demands, he will lay it aside, but will return to it as soon as possible to resume the story.

Thank you, Mr. Turow, for one of the best reads yet.