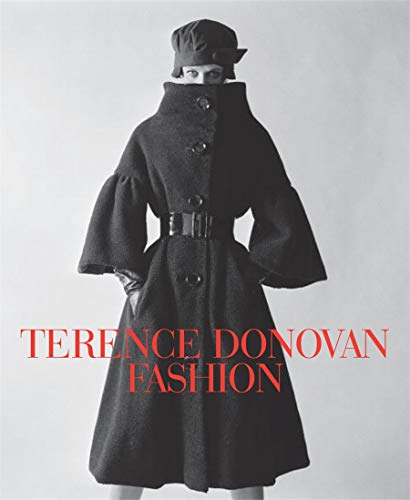 “There is much to be gained by reading Terence Donovan Fashion and even more to be gained by absorbing what a beautiful body of work Mr. Donovan left behind for us all to appreciate.”

How fortunate this reviewer is to have been exposed to a photographer/artist who was very much a part of my growing up and yet was so underexposed, if not unknown, in the United States.

The photographer is Terence Donovan and he was fabulously famous and in demand for almost 40 years in and around London and best known for his work in the world of fashion.

Mr. Donovan was an integral part of the swinging 60s and then on into the 70s and beyond until his death in 1996. The beauty of the book is that this reviewer had never been exposed to this artist’s work and now one must wonder why Mr. Donovan had been so overlooked in the annals of fashion photography forming the crux of fashion in the latter part of the 20th century.

You might have heard of some of his colleagues: Cecil Beaton, David Bailey, Vidal Sassoon, Grace Coddington, Twiggy, Jean Shrimpton, and Barry Lategan—and those just for starters.

Make no mistake: This flawless volume is a love letter and a paean to a brilliant photographer. The book is assembled as a sort of visual and chronological diary separated by decades.

What the reader learns and is able to glean is that Mr. Donovan was a portraitist as well as fashion photographer who evolved rather than revolutionized the world the world of fashion. This was a man who controlled his images and was even talented and powerful enough to alter the thoughts of the editors he worked with; in essence, he gave them what they didn’t know they wanted, somewhat following the theory of the late Diana Vreeland.

The end result of his labors is that these are not iconic images as we might see in so many fashion photography books, but we are afforded the rare opportunity to see what can only be deemed as a brilliant collection of timeless and classic photos of a caliber that is steadily dwindling. Mr. Donovan’s body of work equals those of his contemporaries Penn, Avedon, and Beaton—which we all know is no easy accomplishment.

This is a book that will be treasured by the accomplished and seasoned fashion authority as well as for the novice and less experienced fledgling fashion photographer. There is much to be gained by reading Terence Donovan Fashion and even more to be gained by absorbing what a beautiful body of work Mr. Donovan left behind for us all to appreciate.