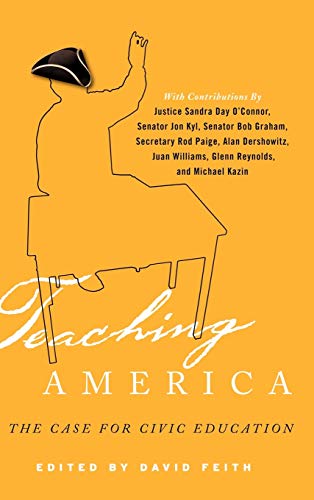 David Feith, an assistant editorial features editor at the Wall Street Journal and twice recipient of the Robert L. Bartley Fellow at the Wall Street Journal, has brought together an esteemed group of seminal thinkers. These men and women substantially hold to the tenet that America has to give its children a sense of civic identity along with a fundamental understanding of our American constitutional system.

The essays collected by Editor Feith address several significant issues, including the democratic purpose of education, assimilation, leadership, civil liberties in the digital age, and indoctrination—all of which are of major concern.

Levine’s comment in his “Letter to President Obama” should make everyone stop and take notice. He says, “Today’s main education reform strategy, however, is neither to require courses nor to fund experimental programs. It’s to impose assessments of educational outcomes and hold schools, teachers, and/or students responsible for them.”

But Glenn Harlan Reynolds’s closing statement in the preceding essay, “Education vs. Indoctrination” is the real clincher. He writes, “Ultimately, civic education is a process, not an event, and it isn’t just for school children, but for all of us.” [Italics mine.]

I could not agree more.