The Tea Girl of Hummingbird Lane 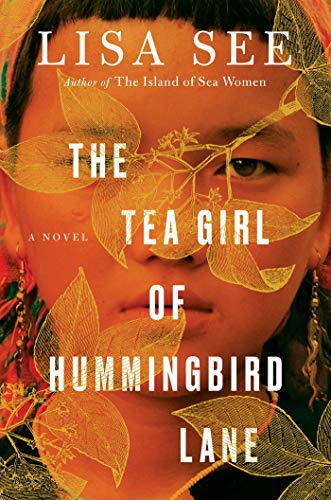 “A story of quiet rebellions, resilience and traditions, The Tea Girl of Hummingbird Lane is a remarkable tale stretching three generations and two different countries.”

“No coincidence. No story.”

So says Li-Yan’s mother in the beginning of Lisa See’s latest novel, The Tea Girl of Hummingbird Lane. This saying applies to more than the stories Li-Yan’s family tells her throughout the novel. It is, in fact, the very bedrock of Li-Yan’s life.

Born to an Akha family (an ethnical minority in China) near the Nannuo Mountain, Li-Yan grows up within the confines of her society’s strict rules. However Li-Yan is much more of an intelligent, free thinker than her parents would have liked. When she should obey her parents, abandon her education and learn to be a midwife, the way her mother wants, Li-Yandreams of continuing her schooling.

A story of quiet rebellions, resilience and traditions, The Tea Girl of Hummingbird Lane is a remarkable tale stretching three generations and two different countries.

As a girl, Li-Yan is given little to no value in her village or family. She is expected to always obey her parents and abide by the belief and customs of the Akha people. Despite Li-Yan’s desire to abide by these rules, she constantly finds herself doing the opposite. When her mother takes her to help deliver their neighbor’s baby. After a long labor, the neighbor gives birth to twins, which are considered human rejects in their society.

When Li-Yan’s mother moves to kill the twins, as decreed by their customs, Li-Yan tries to stop her. According to Akha traditions, a woman should not pursue her education, but Li-Yan and her teacher convince her parents, as well as her village elders to let them send her to school. Though girls of a certain age are allowed to have intercourse with men, they aren’t allowed to have children out of wedlock. But when Li-Yan gives birth to a baby girl, she cannot bring herself to kill her own child.

Forced to make a choice, she abandons the baby at an orphanage instead. After losing the father of her baby and finding out that her daughter was adopted by a couple in the United States, Li-Yan moves off to trade school, where she becomes a tea entrepreneur. From there The Girl of Hummingbird Lane chronicles both Li-Yan’s story and her daughter Hayley’s as they both struggle to find their place in the world and individual identities.

A novel laced with cultural, social and political undertones such as the Akha societal structure and the interplay of majority and minority ethnicities in China, The Tea Girl of Hummingbird Lane is a very intimate work. The reader is drawn into Li-Yan and later her daughter Hayley’s worlds immediately. Though neither rebel outwardly, at least not in the beginning, their resistance and endurance is felt in every page of the novel. The clash of independence and a longing to belong, rootlessness and acceptance, modernity and tradition is embedded into the minds of these characters. Ultimately, it is an old Akha legend that expresses the conflicts these characters experience best:

“you are like A-ma Matha, who gave birth to the Akha people, who pushed against restraints, who said ‘No, I will not accept my bad fate,’ and who endured against all odds with her intelligence, compassion and perseverance.”