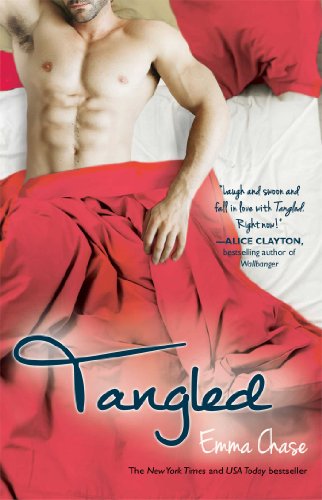 Drew Evans is a confident, intelligent, handsome investment banker with exactly the lifestyle he wants: days filled with successful business deals and nights filled with sex. Lots of it. With absolutely no strings attached. “Every weekend my friends and I come here [REM, the hottest club in NYC] together but leave separately—and never alone.” He’s completely content.

Until Kate Brooks walks on by.

He promptly decides she’s his next target, his next one-night roll in the hay, but Kate isn’t so easily caught in Drew’s net. His usual pickup moves don’t reduce her to a pile of agreeable mush willing to let him do whatever he wants with her. In fact, she does the unthinkable.

She turns him down.

Drew can’t seem to get her out of his head, especially when his father and boss introduces him to his newest colleague—the one and only Kate Brooks. But she’s officially off limits.

When Drew finds her crying in her office, suddenly anything is possible.

Emma Chase takes an ordinary romance novel and gives it a complete overhaul by presenting the story solely from the hero’s point of view. Readers get the unique invitation to listen to Drew’s account of the events leading up to the roller coaster ride his heart suffers.

The author’s use of a conversational style and blunt, man-centric language make the words ring true. Drew is that guy every woman has met at some point in her life. That guy who instantly catches your eye. That guy who has Big Mistake written all over him. That guy who you can’t decide if you want to slap across the face or rip off his clothes.

Drew Evans is your soul mate.

Even though he is not without his faults, Drew is so honest with his feelings and open about the way guys think that there is no choice but to hope he gets the girl and lives happily ever after.

Kate Brooks is well developed, feisty, and well spoken in dialogue that arrows its way right through Drew’s chainmail. “You’re used to being number one around here. You’re used to being daddy’s special little man. Well, there’s a new player in town. Deal with it.” Her competitive edge and sharp wit make her the perfect heroine for this hero.

Ms. Chase also provides some intriguing secondary characters, most notably Drew’s sister, Alexandra, and his niece, Mackenzie. Nicknamed The Bitch by Drew, his sister comes alive on the page. “When I say the word bitch I mean it in the most affectionate way possible, I swear. But it’s what she is. Demanding, opinionated, relentless,” Drew tells us. Any good older sister would do exactly what Alexandra did to help her younger, misguided brother.

The connection between Drew and Mackenzie ups the Adorable Factor into the lethal range. The fact that Drew is capable of that sort of loving relationship with his off-the-charts sweet niece excuses some of his more Neanderthal behaviors.

A few other secondary characters—Matthew, Steven, and Jack—are forgettable. They add little to the story and don’t do much to support Drew during his epic downfall. In real life, a guy’s close buddies might be a little more comforting. They’d at least bring him beer and Chinese food when he drops off the radar. Matthew makes the attempt, but probably only because Alexandra makes him.

Author Emma Chase gives readers something very special in Tangled—a window into that mysterious and shadowy cave called The Male Brain. Learn what you can—and take it easy on the next guy you meet.