The Tale of Genji: A Japanese Classic Illuminated 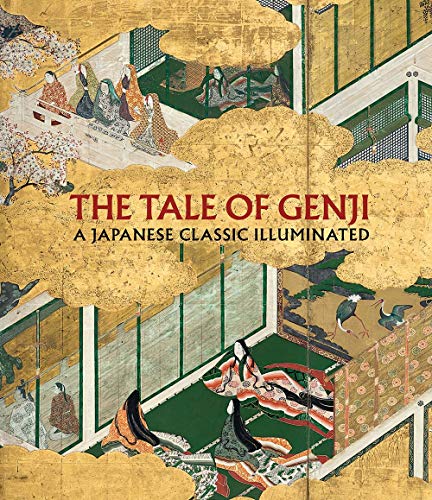 Arguably the world’s first novel, The Tale of Genji was written by a Japanese noblewoman known as Murasaki Shikibu around the year 1,000 CE. As word of her literary prowess spread, she was invited to serve as tutor for the empress to Emperor Ichijö. In this role the author continued to write The Tale of Genji, which gradually expanded to 54 chapters. By the year 1020, the saga as we know it had taken shape and was circulating among the upper echelons of Japanese society.

As Sano Midori writes in the preface to this work, a catalogue for an exhibition at Metropolitan Museum of Art, March 5 to June 16, 2019, the tale can be read as a coming-of-age story about a man who, heartbroken over his forbidden love for his father’s consort, engages in one assignation after another as he seeks out the ideal woman.

Over the centuries this tale has inspired countless artists to illustrate  scene after scene of this long and complex adventure. Other than the Bible, there may be no comparable work of literature in the West whose episodes and characters have so often been pictorialized.

The Met exhibit and its catalogue show that the tale inspired a multitude of art forms—from intimately scaled albums and fans to boldly designed hanging scrolls and screen paintings. Scenes from the tale also adorned silk robes, lacquer boxes, containers for grooming tools and writing implements, incense burners, and palanquins for transporting young brides to their new residences.

Essays by four leading experts precede the catalogue section of this book. They show the complex interplay between text and image, narrative content, and decorative intent, functionality and beauty. Melissa McCormick, professor of Japanese art and culture at Harvard, provides a useful appendix: “Genji at a Glance”—54 scenes from the tale summarized in a pair of screens by a 17th century artist. She expands this summary in her book-length The Tale of Genji: A Visual Companion (Princeton University Press, 2018), with paintings and calligraphy from the Genji Album (1510) in the Harvard Art Museums, the oldest dated set of Genji illustrations known to exist.

The rich text and illustrations include a poem by Murasaki, written sometime after the death of her husband, with whom she lived just three years.

Is there a fate

That could at least

The truth I realize

But cannot yet accept.

Having read the old letters of a recently deceased female friend at court, Murasaki wrote:

Who will read it?

Who will live forever

A letter left behind

In her undying memory.

Murasaki’s book has intrigued readers for more than a thousand years—longer, probably, than the anxiety-inspiring headlines from today’s organs of “breaking news.”