Switched On: Women Who Revolutionized Style in the ’60s 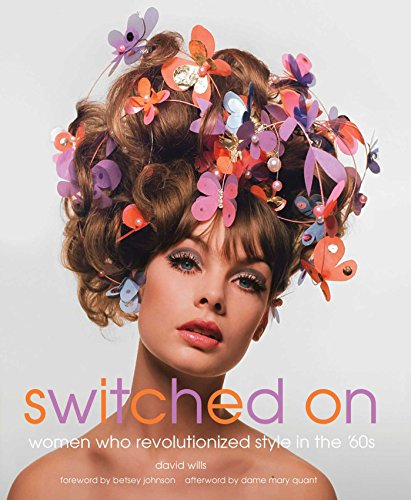 For some readers, Switched On will be a trip down memory lane; others will be made aware of just how potently and powerfully these women influenced the international worlds of fashion and style; and then there will be those who might say been there done that.

This reader was thoroughly absorbed and taken back in time to remember so many of the unbelievably talented and beautiful women who were part and parcel of what made the 1960s this unimaginably fashion fertile decade. What Wills has done here is encapsulate the worlds of music, film, and printed media including photography as well as fashion and tied it all together in a bow called Switched On.

Seasoned readers and followers of today’s fashion will take note just how influential the ’60s remain since so many of the featured images have filtered into present day fashion and style whether online or in print. Another of Wills’ magic tricks is that he delves deeper than the obvious and will expose readers to names and personalities who they might never have ever been aware of. This particular aspect of Switched On makes it all the more delicious to readers who might think they know all there is to know about that fashionably bountiful era.

While the book might be a considered a visual frenzy of these women’s images, it provides great insights such as whom among us has ever thought to compare Marilyn Monroe with Jackie Onassis or for that matter drawn the comparison of Audrey Hepburn to Jackie Onassis. Wills has craftily assembled women from diverse backgrounds and nationalities and used fashion/style as the unifying factor to make his point.

Switched On is a chronicle of that decade as well as a reminder that not all the style of the era was generated by the so-called jet set. In other words there are no swans (Babe or Marella or Gloria etc.) of Capote fame and none of the blue bloods who inhabited the society pages of that era. Wills definitely expands the boundaries and parameters for what we have come to expect in books dealing with this memorable and so often copied 10-year span of fashion and style.