The Swan Thieves: A Novel 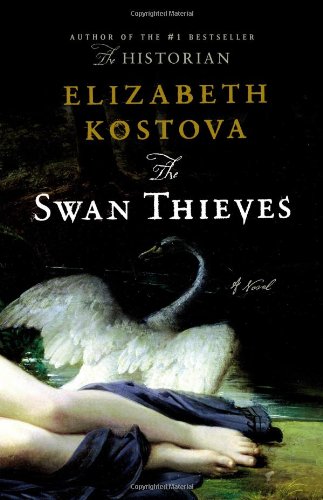 Artists don’t always think the same as the general public. What makes them special is their viewpoint of the world. To understand and see the beauty, the masterpiece has to be viewed in order to begin to see the world through these “artistic-colored glasses.”

The story revolves around an artist, Robert Oliver, who was arrested while attempting to destroy a painting in the National Gallery. He was immediately disarmed and sent for a psychiatric evaluation. Since Oliver refused to speak, the psychiatrist was astute enough to realize that perhaps a psychiatrist with an art background might be more effective in understanding the culprit’s personal motivations. He recommended an old acquaintance, Dr. Marlowe.

Changing perspective is how the story progresses with the narrative of each chapter revealing, in small segments, events that directly affected their life with Robert Oliver. Through Robert’s wife, mistress, or Dr. Marlowe, each chapter uncovers a little more of the artist. Interspersed with the perspectives are historical letters regarding a small group of artists and their lives in France from 1877–1879. What relevance do these letters have on Robert Oliver now? All of these together unveil how Robert Oliver lived and his motivations for the act he committed and the choices he made in his life.

Swan Thieves revolves around Dr. Marlowe’s obsession with Robert Oliver’s past, his artistic gift, and his daily life. Initially, he looked into Robert’s life with his wife, Kate.

Kate had been a promising artist when she first met Robert. She felt that she had found the man of her dreams. Once married, life slowly changed as the needs of the family became more demanding than the couple’s artistic needs. During this time, Robert became obsessed with painting a portrait of a mysterious woman, repeatedly in different perspectives, backgrounds, and circumstances. He also became more secretive about the identity of this mysterious woman. As well, he then began his habit of frequent disappearances for varying lengths of time. Who was she? Was he having an affair with her? These thoughts were daily upsetting his relationship with Kate and their children.

Swan Thieves is the story of why an artist would want to destroy a piece of art. Why is Robert Oliver obsessed with this woman? Who is she? What does this artist know that he will not share with others? Will this talented and gifted artist ever paint again? These are the questions that motivate this story.

Will everyone understand this story? No, those are probably people who have difficulty realizing that you can’t always place a monetary amount on art. True artists have difficulty understanding the narrow-minded in our general society. Their purpose is to awaken others to the beauty of the world. Elizabeth Kostova expertly wove this story into an art form in itself. This is the world of an artist.

Reviewer Teri A. Davis is an intermediate level teacher specializing in mathematics and science. She works extensively as an organist/pianist/keyboardist and as a choral director for both adult and children’s choirs. She has contracted as an editor and reviewer for various publishers.