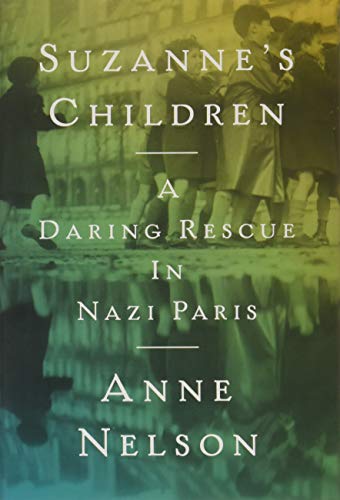 “many more lives were spared an unthinkable end . . . thanks to the humanity of just one individual. It is additional reinforcement of the idea that personal sacrifice should always be recognized and honored.”

Amid the horrors of the history of the Holocaust, there come small success stories that obviously lend themselves to the potential compassion and humanitarian instincts inherent in all human beings. These stories certainly give hope and confirmation to all that the light sometimes continues to shine even in the darkest of times and places.

In more recent years, there has been a historiographical concentration on the events of the Holocaust in France, especially the initial raid of foreign born Jews in the Velodrome D’Hiver raid in July, 1942. Of course, as the Germans eventually took over the entire country, there were many other roundups subsequently as they sought to accelerate the deportation process to the various labor and death camps in Germany and other occupied territories.

Largely forgotten over the years is the story of Suzanne Spaak whose efforts resulted not only in the survival of Jewish children but also through a network of like-minded individuals, including aid from her own young children, was able to do so right under the noses of the Germans and French police. Unfortunately, in those perilous times, not everyone could be trusted (or be counted on to do the right thing), and in the end she paid the price for her resistance.

As it was, she was able to get away with her many activities as a result of being the Belgian heiress of a small fortune, an owner of valuable surrealist paintings by artist Rene Magritte, and wife of a prominent writer, producer, and playwright who had had connections all the way to the highest levels of the pre-war Belgian government.

To a certain extent, she was untouchable, at least for a while, from the scrutiny of the Germans as she sought a way to perform her “magic” as adult French Jews were deported for labor service or straight to the gas chambers, leaving many of their children in Jewish orphanages in Paris until such time as the Germans could arrange their transport to the death camps.

With the help of willing non-Jewish parents, forgers, and other resisters, she was able to “kidnap” and spirit away these children, sometimes hiding but otherwise finding shelter for them, many times in the countryside. She obtained financing to support them in their new homes and families and got the ration cards and identity papers further necessary to conceal them from the prying eyes of the police and Gestapo.

Her efforts also brought her into contact with other resisters and their networks in her attempts to save as many children as she could. When discovered and caught by the Gestapo, their single-minded pursuit through surveillance, interrogation and torture often times led to the compromise of more than one individual or organization.

Spaak’s ongoing contact with one such compromised individual resulted in her appearance on the Germans’ radar screen. She was arrested and imprisoned. In spite of a “deal” offered by the Germans which would have spared her from execution, it was ultimately determined that she had received the ultimate punishment in the waning days of the German occupation of Paris and hastily buried in the prison yard.

After the war, many of the estimated one thousand saved children were reunited with surviving parents while others continued living with their “adopted” families. None has ever forgotten her sacrifice, to be sure.

Although her story is mostly unknown, Spaak was recognized in 1985 by the Jewish people and government as one of the “Righteous Among the Nations,” an honor given to non-Jews who risked or sacrificed their lives on behalf of Jews, and administered by the Yad Vashem memorial in Jerusalem.

Interesting and helpful as well are the photographic section, a map of central Paris locating venues mentioned in the text (such as orphanages, Spaak’s home, etc.) and a section of dramatis personae that aids the reader in understanding who is who and each one’s relationship to another and importance to the story.

In spite of the tragedy of this story, one must admire the fact that so many more lives were spared an unthinkable end for the opportunity to live their lives thanks to the humanity of just one individual. It is additional reinforcement of the idea that personal sacrifice should always be recognized and honored.