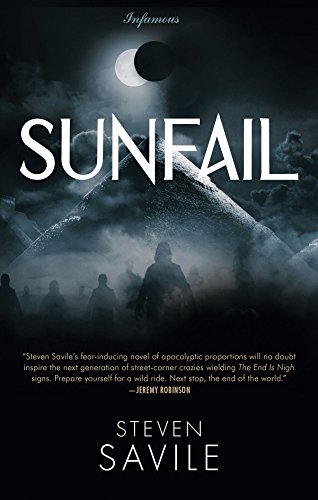 Ten years have passed since Sophie Keane walked out of Jake Carter's life. Once Special Forces partners and lovers, all that is over. Sophie has one last call to make as the world plunges into darkness, so she calls Jake.

The Internet has crashed, electricity has failed, and cities are sectioned off by patrolling gangs intent on keeping their own territory safe. Sophie races through Manhattan to find Jake. She has nothing to lose but her life now that she has turned against her bosses, the mysterious order of wealthy known as The Hidden. In order to stop what she once was been part of she'll need Jake's help.

Jake works as an electrician for the Mass Transit Authority (MTA) in New York but soon finds himself in his old Special Forces role as he sees the clues in the subway graffiti and on the news, and from Sophie's final message. Jake is on the move, with ideas of his own after recognizing a short trail of clues, and he is out to save the world from the rich playing god and encouraging a worldwide apocalypse.

Fort Hamilton has been struck, crippling the Army, by a terrorist group supported by a wealthy consortium of puppet masters known as The Hidden. These people live in the shadows, they are ghosts, impossible to find, and evil genius masterminds, orchestrating a series of worldwide catastrophes, from problems with power to infrastructure, to bring the world to its knees.

Sunfail is a fast-paced story with plenty of action and solid writing. Readers will definitely need to suspend their disbelief as they race through this story—the overwhelming odds against Jake, not just on the likelihood of him figuring out the clues, but the sheer manpower set against him, make him video game hero whose character has been hacked to make un-killable.

Savile really knows how to set a scene. Readers will be plunged into the darkness of a Manhattan on the verge of the apocalypse with his descriptions despite being in a daylight or brightly lamplit room: “The sky itself was tortured, bleeding purple, sometimes green, sometimes blue-black, shot through with veins of lightning that barely lit the damned dark long enough to cast forked shadows on the ground.” Writing with careful detail to set the stage and orient readers, Savile also keeps the story moving along at a good clip, keeping momentum with the terror and urgency of the plot.

There are Mayan code names and conspiracies swirling in this fantastic novel, but the ending, though it doesn't seemed forced, and it isn't left open to interpretation, will leave readers hoping there is a sequel.

Any readers who have been fans of Dan Brown's conspiracies will enjoy Savile, who is a master of his craft, though he won't appeal to fans of the art and literature world who enjoy conspiracies centered around those themes. While some critics have called Sunfail dystopian, it simply isn't. Scarily, Sunfail is a plausible conspiracy theory that will most certainly inspire terror and conversation among readers and bloggers. Long-time fans of Steven Savile's novels won't be disappointed with this latest novel, and readers who have never read Savile before will have a new favorite author.