The Summer We Lost Her 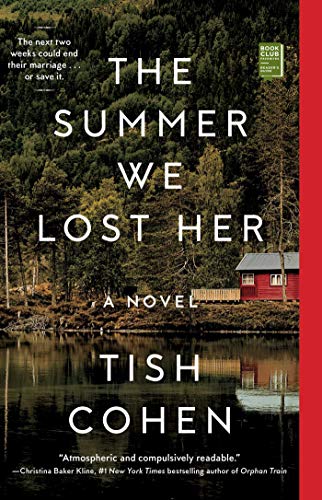 Elise Sorenson is a dressage rider. Dressage is a highly skilled form of equestrian training to perform in exhibitions and competitions where the horse and rider are expected to perform from memory a series of predetermined movements.*

As a youngster, Elise was drawn to horses. After years of making a name for herself, she now is aspiring to reach her goal at the Olympics. Wed to Manhattan lawyer Matt, they have a daughter, Gracie, whom they lovingly refer to as "Little Green."

Elise, away from home for long stretches while competing, finds riding is taking a toll on her relationship. Matt cares for Gracie in Elise's absence and tries hard to hold things together, not only the marriage but the huge expense of Elise's career.

Matt becomes fed up when Elise misses Gracie's school performance. Though they are due to head to Lake Placid, NY, the day after Gracie's play to spend two weeks as a family and reconnect, Matt leaves with Gracie that night. He plans to sell his deceased grandfather's home to cover Elise's show expenses. Raised by his grandfather Nate, Matt loves the cottage where he experienced many happy times, and in his heart he does not want to part with the property.

Elise is distressed for missing Gracie's recital but it could not be helped, and when she gets home in Montclair, NJ, realizing her family gone, she heads to the Adirondacks unconcerned about her fatigue and stress of her long day. She arrives before dawn excited to see her family yet she does not know how to tell Matt her recent competition made her a contender for Rio and the Olympics.
Matt and Elise had engaged in a whirlwind courtship and married within a year against Nate's wishes. He feels Elise is not good enough for his grandson and belittles her constantly. Fortunately, Nate adores Gracie and showers her with everything, while remaining nasty to Elise.

When Matt arrives at the cottage he is surprised to see Cass, his childhood sweetheart, living next door. She is a single mother with a son Gracie's age, and the kids become friends. Cass relives her history with Matt, irritating Elise by sticking her nose into their business and treating Matt like he's her husband.

Upon learning of a camp Cass's son attends, Gracie begs to go, so the following morning Elise waits with her by the street for her ride. They are early, and Elise does some gardening then runs to get gloves. When she returns, Gracie is gone with Elise thinking the bus picked her up. She panics when Gracie does not return home that afternoon. The police are notified and a search commences in the rain:

"Hundreds of people, it seemed, had descended upon the area, even a few locals on horseback. Members of the state police canine unit were there with German shepherds, a bloodhound, another shaggy black dog of indeterminate breed. There were local cops. State troopers. Firefighters. In the engine bay, there was even a table holding stacks and stacks of plastic-wrapped ponchos. All this for Gracie.

"All this because of Elise."

Elise blames herself, though she only left for a minute, what is worse is Matt's anger and the enraged looks the searchers give her, intensifying her guilt.

A marriage already in trouble is now on shakier grounds, and it doesn't help that Cass demeans Elise to Matt. He tells Cass he is leaving Elise. Meanwhile, as he struggles with grief over "Little Green" he learns shocking things about Nate. Instead of banding together to share their grief and anxiety, Matt distances himself from Elise while she condemns herself further. Can Gracie be located? Found alive and well? Can Elise and Matt reunite or are they doomed?

A heartbreaking tale of events no parent should ever have to endure, The Summer We Lost Her contains characters injured by others’ actions and a lack of communication. The antagonists (Nate and Cass) are easy to dislike. A complex storyline stirs deep emotion, though back stories are placed in different and unexpected areas tending to slow the flow and be perplexing. There is an overabundance of detail involved, and without knowledge of dressage or horse training, this novel may either confuse some or prove interesting. However, the plot is intriguing and filled with passion.